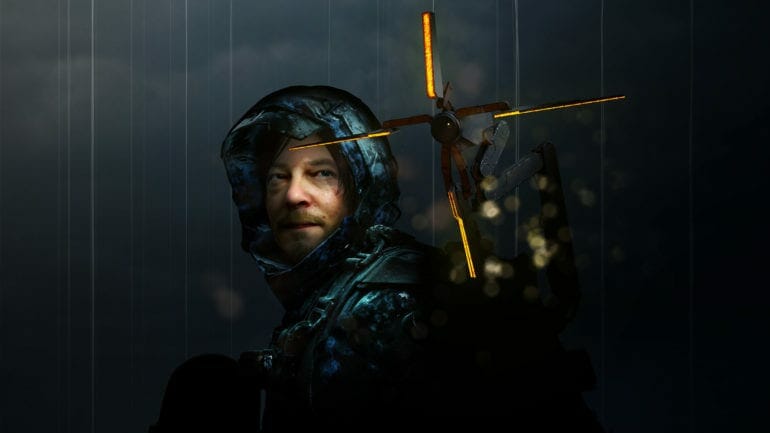 Dubbed as a walking simulator by most people at a first glance but one of the games which was revered for the unforgettable experience it gave to players who actually gave it a go, Death Stranding by Kojima productions is definitely one of the games of 2020 which has set the stage for future releases and has showed developers how far they can go. Fans can now rejoice as the Death Stranding Director’s Cut for PS5 was announced recently At E3 2021.

Death Stranding is an action, open-world game developed by Kojima Productions. This is the first title announced by Hideo Kojima after splitting from Konami. Kojima Productions released their much-awaited Death Stranding on PC in the early summers of 2020. The game originally came out on PS4 in 2019 and was an exclusive for 6 months. The game was acclaimed on the PlayStation 4 by many enthusiasts and made its way onto Steam and Epic Games Store.

Well, there’s no surprise there. A game like death stranding which has a thought-provoking story was filled with content that was not intended for young gamers. Moreover, players use all kinds of weapons to kill enemies and ghost-like creatures. Furthermore, Cutscenes are even more violent and the story is intended for a more mature audience and profane words are used as well. You can find out more about the rating from ESRB themselves.

As you have read in the title, the Director’s cut will be releasing this time around. Usually, the Director’s Cut of games is chock full of behind-the-scenes content, including concept art, storyboards, cut content, bloopers, and more. It’s more of a personal version of the game, Hideo Kojima has used this chance to connect with his fans a little more by re-releasing a game filled with content he really wants to include in the game.

We all know that the PS5 is an absolute powerhouse when it comes to delivering the best visuals possible. Churning out 120 Frames per second with ray-tracing is a surprisingly easy task for the PS5. Console gamers have only experienced the game in its limited form on the PS4 with a capped framerate and comparatively low-quality textures. With Death Stranding Releasing again on the PS5, fans who have previously played the game on PS4 or a Low-end PC should surely play the game again on PS5 for a whole new experience.

Clearly, the game is a scenic masterpiece. We can expect the next-gen version to showcase the landscape and the environment of the game much more gracefully. Majestic mountains, lush, green plains filled with foliage, beautiful colors, glistening rays of the sun even more prominent with ray tracing, and much more.

I personally cannot wait for the Death Stranding Director’s Cut for PS5. The whole experience never left me, especially during the most difficult months of the pandemic, so I really think it is a special, top-of-the-class game, with all of its quirks and highs and lows. How do you feel about the game? Let us know in the comments down below.

If you recently built a high-end PC and want to play the game with the best graphics but are facing some issues while playing the game? We have a plethora of articles related to Death Stranding and its fixes for the PC port, be sure to check those out too.