Aspyr Media has filed for an ESRB rating for their upcoming Call of Duty: Black Ops III port for MacOS.

Aspyr Media is an American video games developer and publisher, best known for porting games from Microsoft Windows to MacOS and Linux with partners 2K Games, Activision, Gearbox Software, and others. The company has filed an ESRB rating for Call of Duty: Black Ops III. The game was released on Xbox 360, PS3 and PC in November 2015 but didn’t get a release on Apple.

SteamDB made an update in February for Call of Duty: Black Ops III which added a new password-protected branch titled macbranch Since then, not much was revealed regarding a MacOS release.

Just a few moments ago, however, a new listing for Call of Duty: Black Ops III is listed on ESRB official rating board. 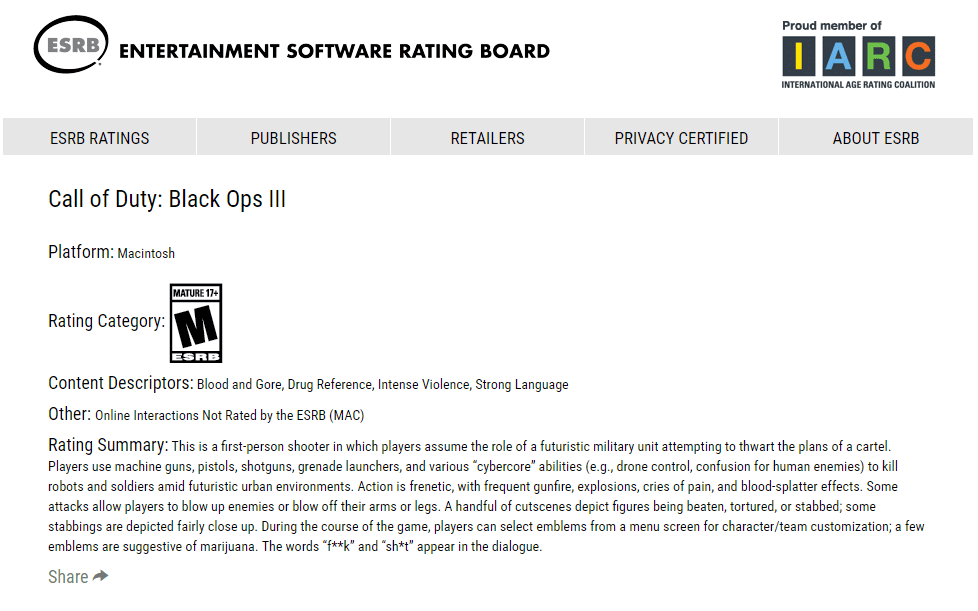 CharlieIntel suggests that JackOfAllControllers reached out to Aspyr Media for a statement where Aspyr is said to have confirmed the authenticity of the rating, no further information was provided. However, we are not sure if the game will come to Mac via Steam or Activision Blizzard. Activision has also did not announce a MacOS release as of the time of writing.

Welcome to 2065. A new breed of Black Ops soldier emerges and the lines are blurred between our own humanity and the cutting-edge military robotics that define the future of combat.