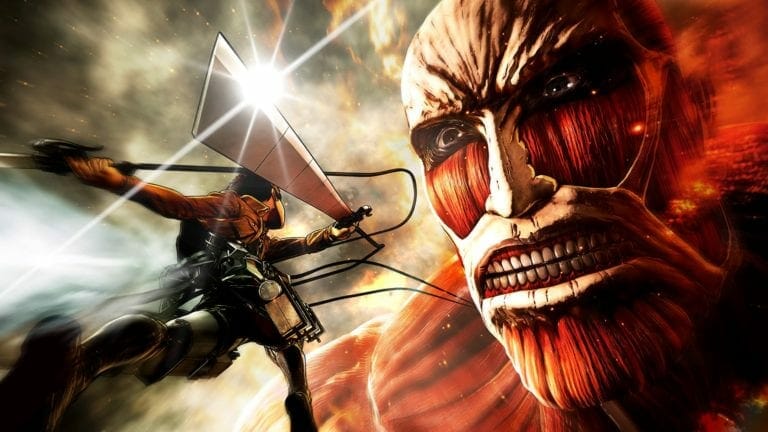 Attack on Titan 2, known in Europe as A.O.T. 2, is an action hack and slash video game based on Hajime Isayama’s manga series of the same name released for Nintendo Switch, PlayStation 4, and PlayStation Vita, Xbox One, and Microsoft Windows. The game has been officially launched today and you can check out Attack on Titan 2 System Requirements, Screenshots and Game Details below.

A GTX 660 minimum and GTX 960 recommended is a pretty modest requirement, which most Koei Techmo ports are in terms of system requirements, even if you have a fairly older configuration, you won’t be having too much of an issue playing this game at a 1080p setup. With 2nd and 3rd generation processors, new builds will have no trouble playing this game. Most users on Steam have also reported that the game runs decently on their older systems as well.

From the steam page

■The thrill of hunting Titans with omni-directional mobility gear action
The thrill of freely soaring through the skies has been taken to the next level!
We’ve included moves that allow you to instantly close in on far-off Titans and slice them with “Sneak Attacks,” quickly circle behind Titans and deal large amounts of damage with “Hook Drive” attacks, and more. Achieve evolved omni-directional mobility gear action that is rich with variety.

■Impending horror, bloodcurdling Titans
Titans are after you!
The Titans’ movements and reactions are more menacing than ever as they encroach on the player, but the situation is at its most severe when you enter threatening “danger zones.”
Charge forth, fly about, and repeatedly unleash powerful attacks on a battlefield ridden with suspense.

■A familiar story, overwhelming immersion
Using the story from Season 2 of the anime as a basis, we’ve prepared an original sub-story for the game under the supervision of author Hajime Isayama.
Enjoy the world of “Attack on Titan” with an even larger volume of content than the previous title.
Also, the story that unfolds before the eyes of you, an original main character, will make you feel as if you are living and breathing in the very world itself.

■An expanded roster of playable characters
The number of characters has been increased from the previous title from 10 to 37! Enjoy going out to battle with an original character made to your liking.

What do you make of the Attack on Titan 2 System Requirements? Can your PC handle it? Let us know in the comments below