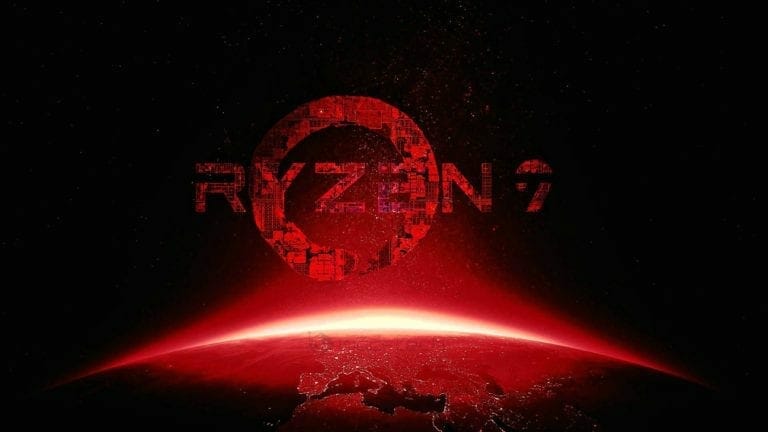 Just recently, a Russian retailer posted what appears to be the upcoming AMD Ryzen 3000 series processors. The new AMD processors are based on Zen 2 architecture. The AMD Ryzen 3000 series encompasses the Ryzen 5, Ryzen 7 and the new Ryzen 9 brand of AMD processors.  Upon release, the new Ryzen 9 line of processors will be the fastest CPUs AMD has ever manufactured. According to the listing, the Ryzen 9 3800X is a 16 core, 32 thread beast capable of Up To 4.7 GHz Boost With 125W TDP.

The Russian website in question is E-Katalog that has listed 5 new AMD Ryzen 3000 series processors. Presently, it is difficult to verify whether the listed specifications of the processors are authentic or they are simply based on the leaks that happened almost a month ago. In the said leak, a plethora of information was leaked by a YouTuber regarding the 3000 series, however, nothing official has surfaced since then.

The Russian website listing is the first time the processors have been seen online, however, we know for sure that AMD has planned an unveil at the upcoming CES 2019 so it could be argued that retailers around the world are preparing for the launch and the subsequent sales.

The AMD Ryzen 3000 series processors will be the first-ever desktop processors to be based on a 7nm chip. This is all thanks to the AMD’s Zen 2 architecture.

Ryzen 9 3800X is the fastest AMD processor if we are to go with the listed specs. This beast of a processor is based on Zen 2 7nm architecture with double the core count of last gen Ryzen 7 2700X. 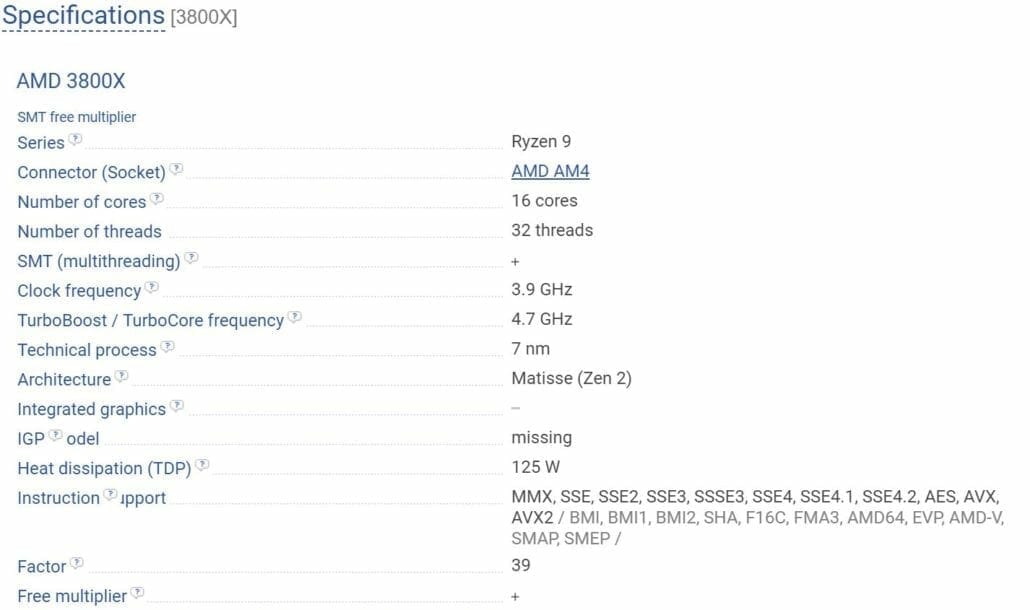 It shouldn’t come as a surprise but the TDP on this processor has gone up to 125W from 95W on the previous gen Ryzen processors. However, seeing how you will get double the cores and threads and an absolutely insane boost clock frequency of 4.7 GHz, the TDP trade-off seems insignificant at best.

This processor is aimed at a desktop computer that is intended for extremely taxing rendering work or science research fields. You most probably won’t be getting this for gaming as it seems like a bit of an overkill. For gaming, you are best suited with the Ryzen 7 and Ryzen 5 line of CPUs.

The new Ryzen 7 lineup for the 3000 Series processors seems to have gotten a core and thread boost as well. Compared to the 2000 series, the new 3000 series Ryzen 7 processors will feature 12 cores instead of 8. The Ryzen 7 3700X and 3700 are both similar in terms of specs with only 2 exceptions- The TDP and clock speeds. 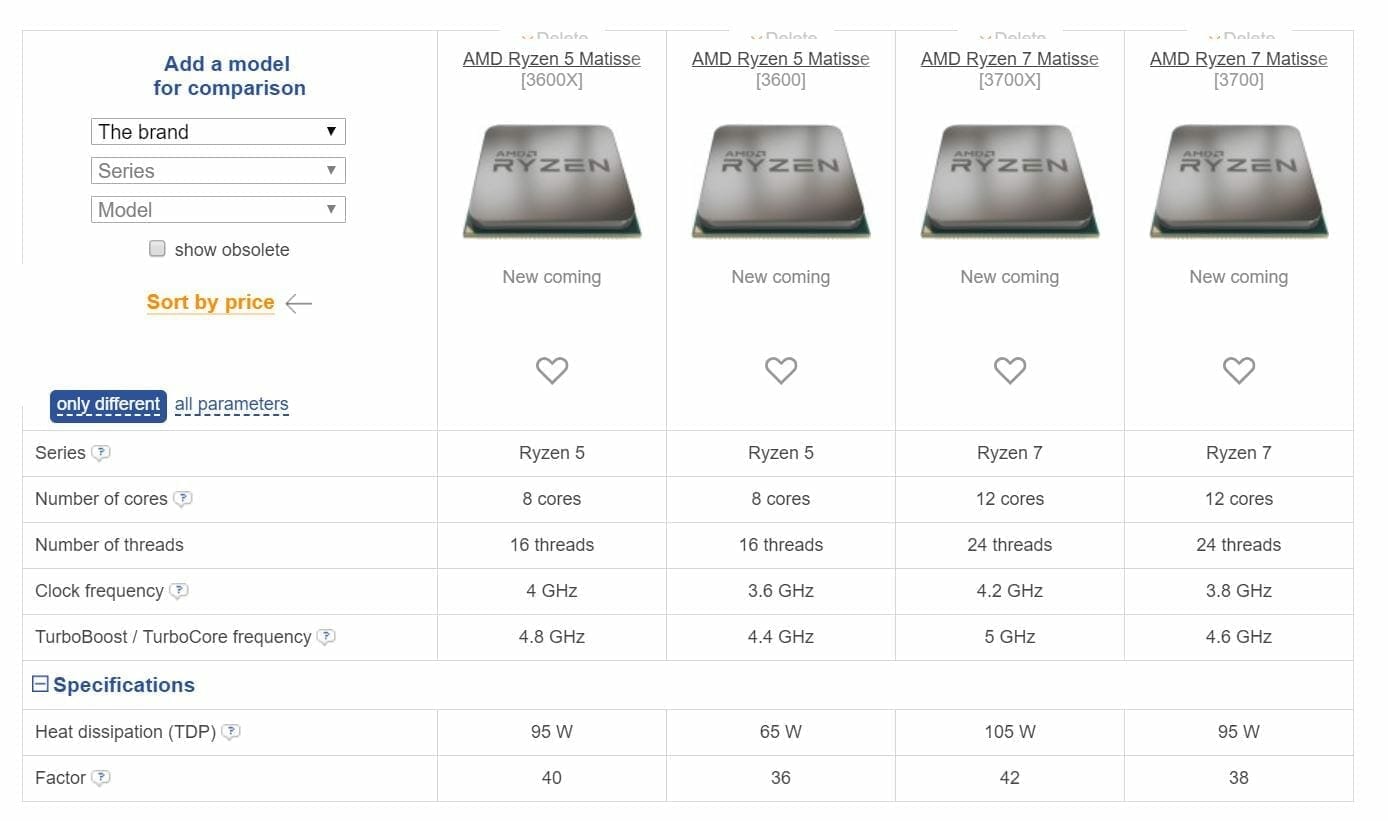 As with all the new 3000 series Ryzen processors, the Ryzen 5 line up is also getting a core and thread count upgrade. Instead of 6 cores and 12 threads, the number has been increased to 8 cores and 16 threads.

These Ryzen 5 processors will make the best CPUs for gaming builds given the perfect core count and boost frequencies for gaming purposes. Moreover, the Ryzen5 will also be the cheapest processors from the 3000 series, however, cheap here has nothing to do with performance as AMD has shown time and time again with their previous Ryzen CPUs. One thing is certain, with careful planning of the pricing for these 3000 series processors, AMD is sure to give Intel a run for their money.

This is all for now, do let me know in the comments what you think of the new 3000 series AMD processors. 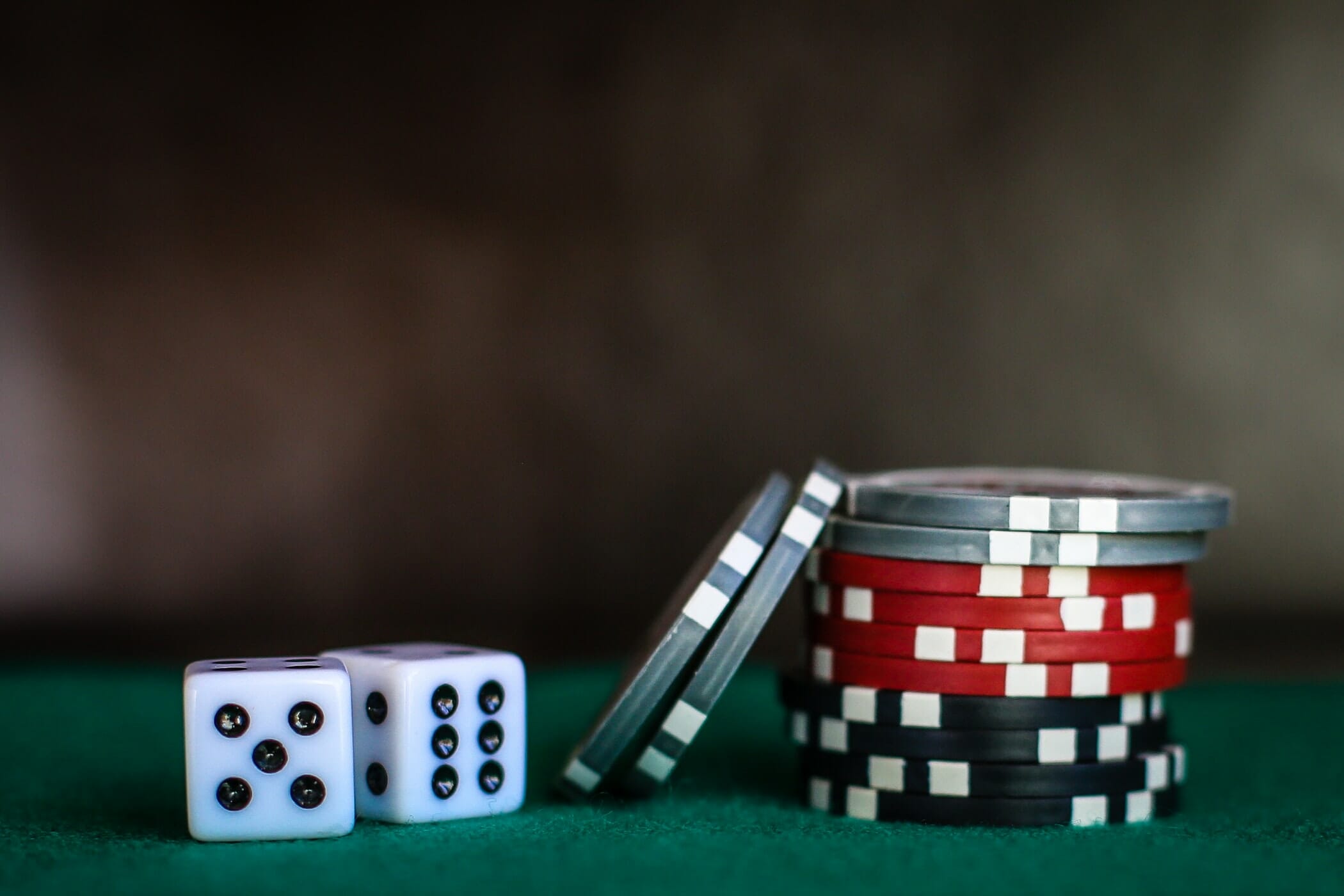 GTA Casino, FUT Packs & Online Gambling: Why is it so entertaining?