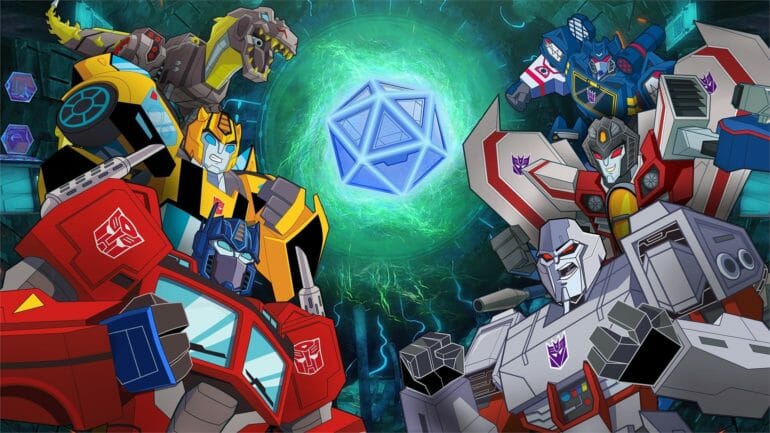 Transformers: Battlegrounds is an upcoming tactical warfare adventure game from Outright Games. The game is coming to a variety of platforms including PC, Xbox One, PS4, and the Nintendo Switch. Now, with Transformers Battlegrounds launching today, here is a new trailer, and everything you need to know about it.

This is a new genre for Transformers games, and it is closer to something like X-COM rather than some traditional third-person action game.

The game features iconic characters from the universe including Bumblebee, Optimus Prime, Grimlock, Starscream, and Megatron. The game features both single-player, and a co-op mode. There are two editions available for purchase, the Standard and the Deluxe edition.

The Digital Deluxe Edition contains the base game found in the Standard Edition, alongside bonus character cosmetics, including four new character skin packs and the exclusive CUBE arcade game-mode.

Here are some key features of the game

“We are incredibly honoured to have the opportunity to work with Hasbro and create a new take on this iconic franchise,”

“We have grown up with the Transformers Universe and are excited to be involved with the publication of this game.”

“The Transformers franchise has spanned many different forms of entertainment over the years and we’re always excited by a new video game featuring everyone’s favourite bots,”

“It’s an incredibly exciting time for the video game industry and we couldn’t be more pleased to launch this new title for fans of all ages to enjoy.”

What do you think about the new trailer? Are you excited to try the game out? Let us know in the comments below and share your thoughts.

How to Adjust Grounded Depth Of Field On PC