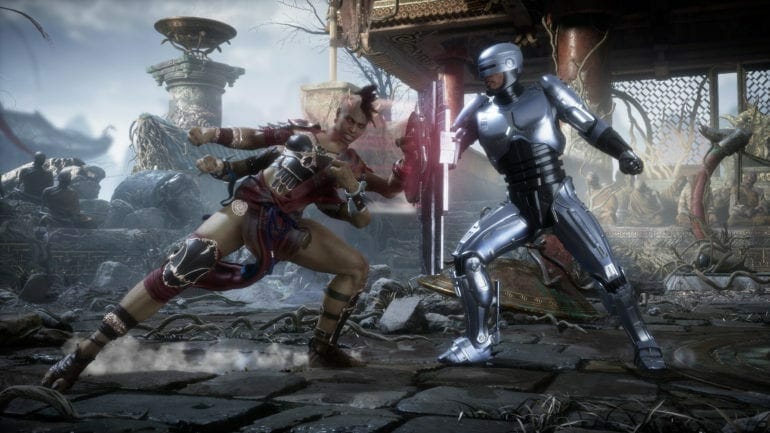 NetherRealm Studios and Warner Bros. Entertainment have officially announced Mortal Kombat 11: Aftermath today. This is an expansion pack for the highly successful fighting game, that came out last year. We’ll be going over everything included in this pack, and it’s availability.

This expansion will be available on all platforms including PS4, Xbox One, PC, Stadia and Nintendo Switch.

The expansion is a continuation of the base game’s ending and will feature a bunch of new characters. The following characters have been confirmed as part of this expansion.

The pack will also include three character skin packs, that will be released over time. All Mortal Kombat 11 players will have access to new arenas, including the return of Dead Pool and Soul Chamber, accompanied by stage fatalities.

Besides stage fatalities, another feature from classic games to return is the Friendships, which was shown in the trailer as well. Ed Boon has said the following about this latest expansion.

“Our fans have really enjoyed the story campaign in Mortal Kombat, and we’re happy to continue the narrative and add new characters to the roster with Mortal Kombat 11: Aftermath,” said Ed Boon, Creative Director, NetherRealm Studios. “In addition, Friendships and Stage Fatalities are being added as part of the free content update for all Mortal Kombat 11 players. Both are fan-favorite features that we’re excited to finally bring back to the franchise.”

Alongside the expansion, NetherRealm has also announced the Aftermath Kollection of Mortal Kombat 11. This includes all characters, story content, and game modes in one ultimate package.

This means content from the Kombat Pack, including Shang Tsung, Nightwolf, Sindel, Terminator T-800, The Joker, and Spawn. 25 character skins are also a part of this edition.

The Aftermath Kollection is now available for pre-order for $59.99.

How to fix Shenmue 3 Ultrawide Issues on PC (Steam/EGS)

Those who have already purchased Mortal Kombat 11 can preorder the expansion now for $39.99 or the Aftermath + Kombat Pack Bundle for $49.99.

The expansion is headed to PC, Xbox One, PS4, Nintendo Switch and Stadia on 26th May 2020.