How To Fix FPS Issues In Diablo II: Resurrected On PC 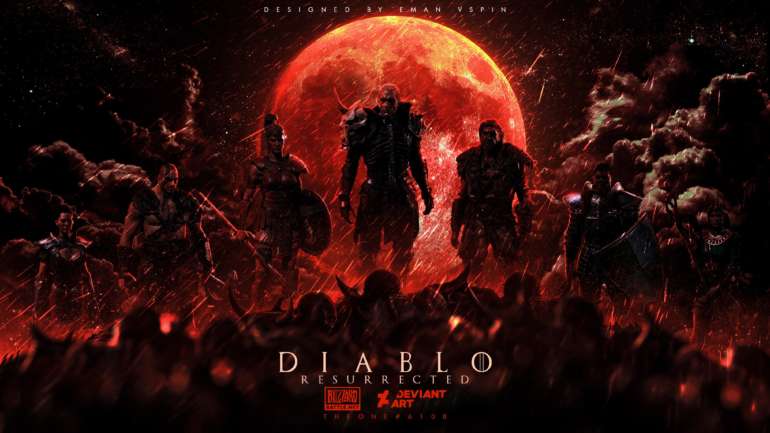 Blizzard just released a remaster of the original Diablo II game, called Diablo II: Resurrected. The game was received well critically, attaining a score of 82% by Metacritic. We know that this is great for the now-adults that played the original game back in 2000. Yes, just 2000, not even 2001. Feel old yet? But you guys can’t experience the nostalgia if you’re facing FPS Issues In Diablo II: Resurrected.

Fortunately, we have many methods to that address and fix these FPS issues that you might be having. By following our methods, you will definitely see a noticeable performance increase in your game and will make it more stable. In this article, we will explain exactly how you can boost your FPS in Diablo II: Resurrected. The best part is that you don’t need to even install any application to do so.

Before you attempt any of the solutions mentioned below, you have to make sure that your PC meets the minimum system requirements for Diablo II: Resurrected. If it does not, there’s no point in attempting any of the solutions, as your PC simply won’t be able to run the game. Even if one of your hardware components does not match the minimum requirements, then the game will run into problems.

This isn’t so much a step than it is a pre-requisite. As always, we would firstly recommend updating your specific Graphics Card drivers to ensure you are on the latest stable release to play Diablo II: Resurrected.

There might not be a new driver update but it could be that you are running on old graphics drivers so you should update them in that case too. You can download the most up-to-date drivers from your GPU manufacturer’s website: AMD/NVIDIA. To do a clean install of GPU drivers, you can use Display Driver Uninstaller (DDU) which completely removes components that were part of the original driver installation package. Then you can install your new Graphics Card drivers. Reboot Windows and try launching the game again.

If you are experiencing FPS issues in Diablo II: Resurrected then it might be because your CPU isn’t giving attention and love to it. If that’s the case then you can change this in the Task Manager.

If you have an Nvidia GPU then you can right-click your Desktop to open the NVIDIA Control Panel and do the following:

If you have an AMD GPU then you can right-click your Desktop to open the AMD Radeon Settings and do the following:

If you’re using Windows 10, Game Mode will probably already be enabled on your PC by default. The primary purpose of Game Mode is to optimize the gaming performance of your PC by prioritizing the game over any other background processes. But it does the exact opposite of what it was supposed to do and causes FPS issues in many games.

If you have followed all the steps above, then you should not be getting any more FPS issues in Diablo II: Resurrected. Let us know in the comments below if this guide helped you to fix the problem you were facing. You can read our other articles related to the game here: