Microsoft has introduced Xbox Game Pass for PC bringing a huge collection of games to PC for $10 a month. Game Pass for PC was already announced by Xbox Blog just before E3 2019. But no details were shared that how much it’s going to cost and what games are included. During E3 2019 presentation, Microsoft dropped more information on Game Pass and also offered a special price for Beta testers.

Early users can subscribe for $5 a month instead of paying the regular price of $10. With that said, some users are encountering issues subscribing Game Pass and downloading the Xbox Beta App on PC. If you try to install the Xbox App (Beta) on Windows 10 you will be thrown an error. Learn below how to fix Windows 10 1903 update required for PC Game Pass.

Before continuing, make sure you have met following requirements to download Xbox App on your Windows 10 PC. Don’t worry about Windows 10 update 1903 or May 2019 if it is yet not installed on your PC but go through the rest of requirements.

To get the Xbox App (Beta) working, you’ll need to follow the steps mentioned below: 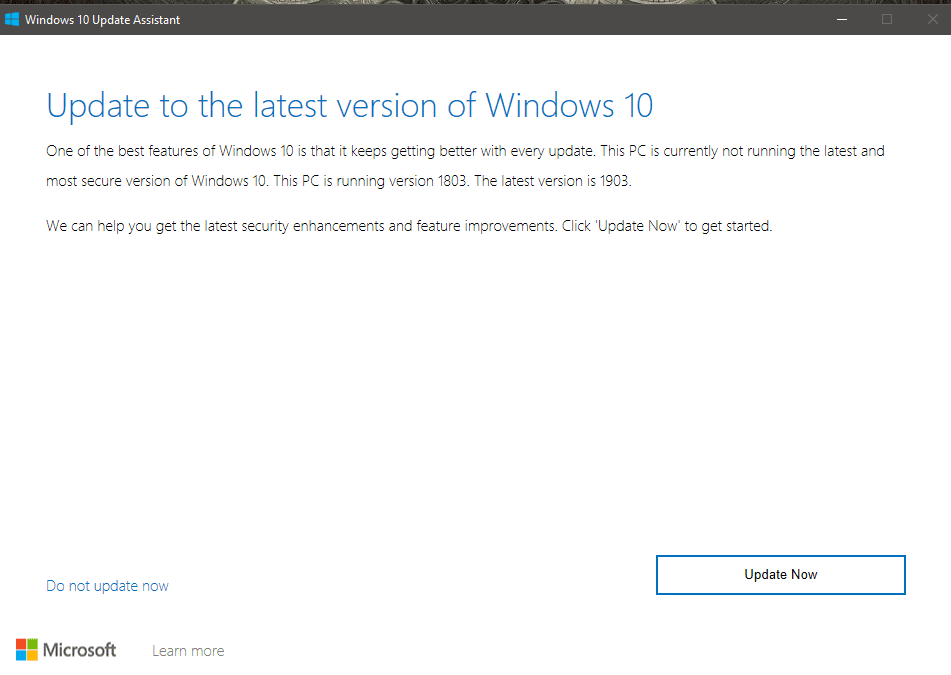 That’s all you’ll need to do to ensure that the application is installed correctly. All you need to do is make sure you’re on the latest version of windows.

If you don’t want to update your Windows manually via upgrade assistant, you can always head to Settings> Update and Security> Check Now. If you have automatic updates enabled, then you’ll just have to restart your PC, and allow them to be installed.

Currently, the subscription is only $1 for the first month, and we recommend at least checking it out. There are tons of games already available on it, and more will be added to it as newer games are released.

If you’re interested, you can head over to this link here.