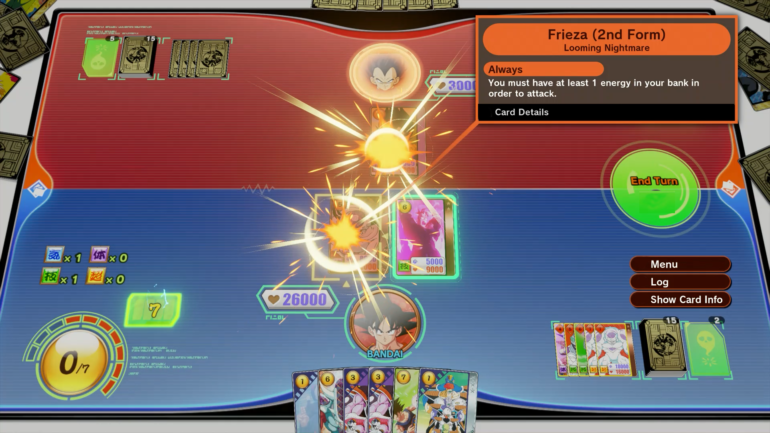 Dragon Ball Z: Kakarot is an open-world action RPG that follows the saga of the series’s protagonist Goku. The title is available on various platforms including PC, Xbox One, and PS4. Now, the Dragon Ball Card Mode is finally available in the game.

This new mode is a free addition to the already massive game, and here is everything you need to know about the mode.

Check out the explanatory video for the battle mode below

Players will be able to build their decks, and find effective tactics to beat their opponents. The main goal is to reduce the opponent’s health bar to zero.

Check out some screenshots of the game mode in action as well.

The update is now available for free on PC, Xbox One, and the PS4. For more information about Kakarot, you can head over to the official website of Bandai Namco Entertainment.

What do you think about this new update? Let us know in the comments below and share your thoughts.