Bigben Interactive E3 2019 lineup has been revealed for Electronic Entertainment Expo (E3) 2019. The list includes games including Werewolf and WRC 8.

With E3 coming closer and closer, multiple developers and publishers are making different announcements regarding their upcoming titles. Some of them will reveal their titles exclusively on E3. Most of the big publishers are going to announce their lineup for E3. The French video game company based in Lesquin, Bigben Interactive has announced its lineup for E3.

The list includes titles like Werewolf, WRC 8, Overpass and 5 more games more of which will be announced at Bigben’s stand. Besides the game, the company also plans to release different accessories for PC, PS4 including the Asymmetric Wireless Controller, the Revolution Unlimited Pro Controller, and the Daija Arcade Stick.

Here’s a complete list of games by Bigben which are planned to make an appearance during E3.

The World of Darkness is a gritty vision of our own time. The world’s most devious conspiracies are true. The divide between the rich and the poor is huge and corruption is rife. In the shadows of our declining societies, humans fall victim to supernatural horrors, all struggling for control. Become a werewolf, known as Garou (from French “Loup-garou” meaning werewolf), immersed in the atmosphere of their shamanistic and tribal world. Garou are Werewolf warriors opposed to urban civilization and supernatural corruption, all heading towards inevitable apocalypse.

Never before has the official WRC simulation been this authentic. New off-road physics on all road surfaces, completely redesigned career mode, dynamic weather, 50 teams, 14 countries, 100+ stages, weekly challenges, and the eSports mode. Aim for the top in the most intense WRC experience yet!

With the new Dynamic Weather System, rain, snow, and hailstorm will affect the race staying true to real life simulation.

See the world through the eyes of a bee! Compete with other bees in races, collect pollen, perform waggle dances, and explore a world inspired by Central Park in New York. Play it with your family or friends, choosing between three modes, including co-op and vs. split-screen.

Fishing Planet is a unique and highly realistic online first-person multiplayer fishing simulator developed by avid fishing enthusiasts for anglers to bring you the full thrill of actual angling! Choose your lures, make your trophy catches, discover new possibilities and sharpen your real angling skills anywhere, anytime with your friends!

In Overpass, the player takes control of powerful buggies and quads, scrabbling across extreme tracks and very hazardous terrain. This simulation, unique in its genre, pits the player against craggy slopes and puts their cool-headedness to the test throughout technical obstacle courses along wilderness tracks.

The Sinking City is an action/investigation game set in an open world inspired by the universe of H.P. Lovecraft. In this new type of adventure, you take on the role of Charles W. Reed, an investigator in the 1920s United States. No sooner have you arrived in Oakmont, Massachusetts, than you are led to investigate a mysterious flood inundating the city, in the hopes of shedding light on the darkness that has seized the place and corrupted the minds of the inhabitants – and yours…

Rest of the titles will be revealed at the stand during E3.

During the event, the gaming community will also have a look on Nacon’s latest PC and PlayStation 4 accessories, including the Revolution Unlimited Pro Controller, the Daija Arcade Stick, and also the Asymmetric Wireless Controller.

So, what do you think of Bigben Interactive E3 2019 lineup? Which games are you expecting from Bigben besides this list let us know down in the comments below. 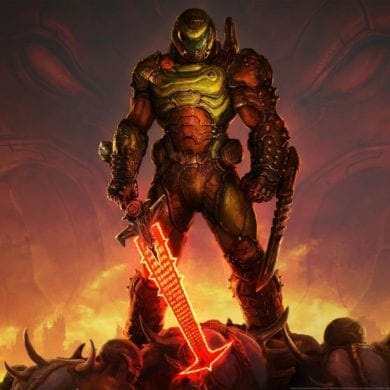