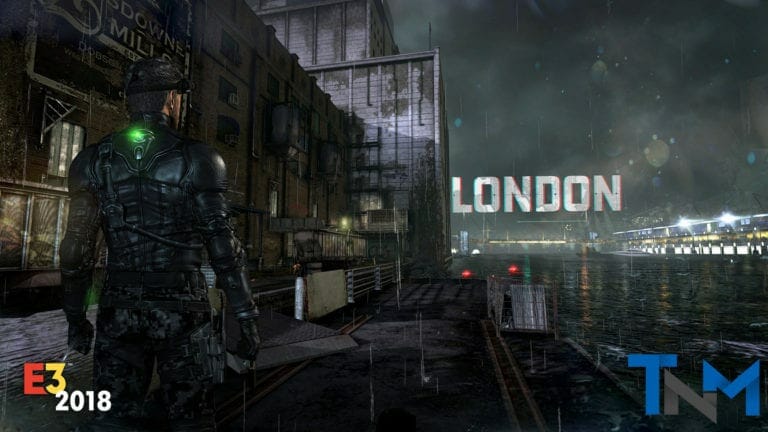 UPDATE: Unfortunately it looks like Splinter Cell skipped an announcement even though it was strongly speculated due to the Walmart leak.

. A new Tom Clancy’s Splinter Cell E3 2018 trailer has not been revealed at the Ubisoft conference at E3 2018. A new Splinter Cell had been rumored for, and desired by long time fans of the franchise, some time now. A listing on Amazon.com a three months ago actually showed Ubisoft developed Tom Clancy’s Splinter Cell that due to be released in 2018. Although the listing state that it was owned by Ubisoft, information regarding platforms was unclear. No cover art or other types of details were mentioned in the listing.

Splinter Cell 2018 Gameplay on PS4, Xbox and PC (Not Announced)

WE ARE UPDATING THIS POST AS DEVELOPMENTS COME, PLEASE STAY TUNED!

The Splinter Cell games have delivered some of the best stealth game play that the genre has to offer. Sam Fisher, the main protagonist of the series, is an expert covert operative, having successfully completed missions all over the world, and in some of the most challenging environments. . Although the series turned more action oriented with the release of Tom Clancy’s Splinter Cell Conviction, it has since gone back to its roots in terms of covert operations and espionage in the last entry: Tom Clancy’s Splinter Cell Blacklist.

Post your thoughts about the upcoming Splinter Cell in the comments below.