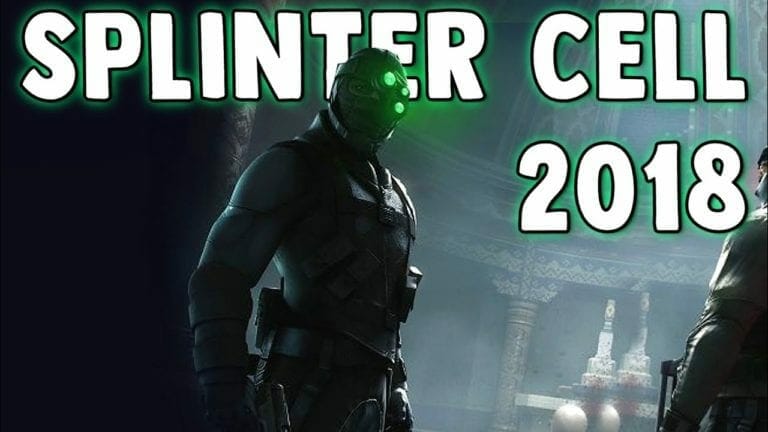 Splinter Cell is a classic video game series that centers around the stealthy exploits of Sam Fisher and his valiant espionage efforts. Once compared to the mighty protagonist of Metal Gear Solid, it seems that an Amazon listing has hinted at a Splinter Cell 2018 game.

There is also the screenshot below which further suggests E3 and this could be the PC version being listed:

It’s no secret that the once active agent who has had numerous games on the previous generation consoles and on the pc has gone under for an extended period with a long absence from the current generation consoles and pc. Perhaps Ubisoft is planning on bringing the valiant agent to his former glory now that the Metal Gear Solid series has reached its conclusion (at least until Konami achieves a Deus Ex Machina)

The series has mostly had some very debatable acclaim with the last gen releases ranging from Splinter Cell: Double Agent, Conviction, and Blacklist which had their own ups and downs, but it seems that Ubisoft has shown no love for the forgotten agent ever since the reveal of the new consoles, and at one point there was a rumor of a new Splinter Cell in development that quickly got lost in the shadows.

While the title does have a very suspicious name, it is indeed Ubisoft that has put the game for listing on the website since clicking on their name does take you to their latest offerings such as Far Cry 5 and the such.

While Splinter Cell was always considered a stealth-oriented game, the game deviated from its roots as time went on and became a hybrid of stealth and action just like Resident Evil, but the latter managed to redeem itself in the 7th installment, so perhaps Sam Fisher is due out of retirement too?

What are your hopes for this rumor? Do you want a new Splinter Cell to fill in the void left by Metal Gear Solid? Let us know in the comments section below.