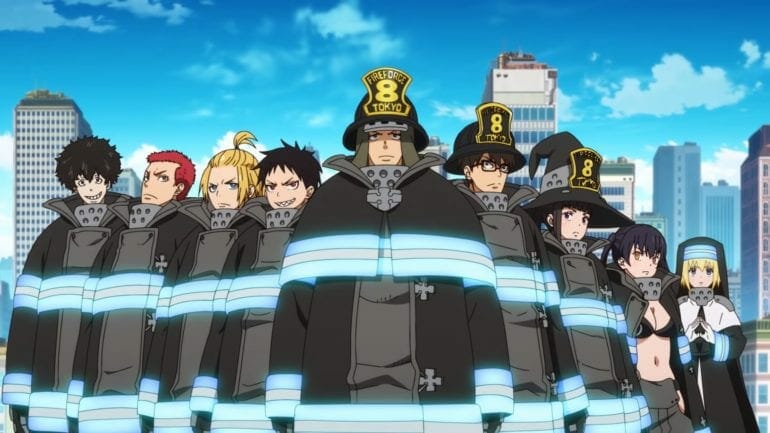 Enen no Shouboutai: Ni no Shou or simply Fire Force season 2 is one of the anticipated anime seasons coming next month along with Re:Zero season 2, OreGairu, The God of Highschool, and more. The anime is spread across four Blu-ray & eight DVD volumes. David Production will be producing season 2 again without any news of JoJo Bizarre Adventure part 6. Tatsuma Minamikawa will return for direction and series composition.

Both the seasons are based on the manga series written and illustrated by Atsushi Ookubo. The manga started publishing from September 23, 2015, and is currently being published. On May 17, 2020 in the author commentary in the 23rd volume of the Fire Force Atsushi hinted that the manga will be ending soon and it will be his last manga. More details can be found down below.

According to the Blu-ray and DVD listing as found on Animate website the 2nd season of Fire Force will have 24 episodes and without any cour.

Check out the awesome Fire Force Season 2 PV down below

If you haven’t watched the first season of Fire Force or haven’t read the manga either Fire Force follows the story of Shinra Kusakabe. Shinra lost his mother and little brother in a deadly fire. But there’s more to the fire as he saw a demon of some kind in the flames. Shinra Kusakabe set on a journey to find and extinguish the demon to have his revenge. A great conflagration that shook up the Fire Force universe! A firefighting battle with a twist of sci-fi elements.

Fire Force is one of the best anime I’ve seen this year and you should give it a try as it is created by the same author who gave the world Soul Eater.