A Second “My Hero Academia” Anime Movie Has Been Announced

My Hero Academia the Movie: The Two Heroes

A new anime movie for My Hero Academia has been announced. The movie is planned to release in Winter 2019.

If not, March is one of the best month for anime fans all around the world as recently many huge anime adaptations and new seasons were announced. My Hero Academia is one of the most popular TV anime currently airing and now a second movie for the show has been announced.

Just recently a second season for That Time I Got Reincarnated As A Slime has been announced along with the huge announcement of the third and final season of Oregairu. Considering how many new seasons and adaptations has been announced recently which you can check from here. Not only these great shows are coming soon but there are also seasonal anime which are currently airing.

The shows which are currently airing are not only great but their count is huge. This could give the fans a serious headache of squeezing out time for their busy schedule to be able to watch all of the shows which are airing or are coming soon.

Check out the official announcement for the new movie two of My Hero Academia down below. 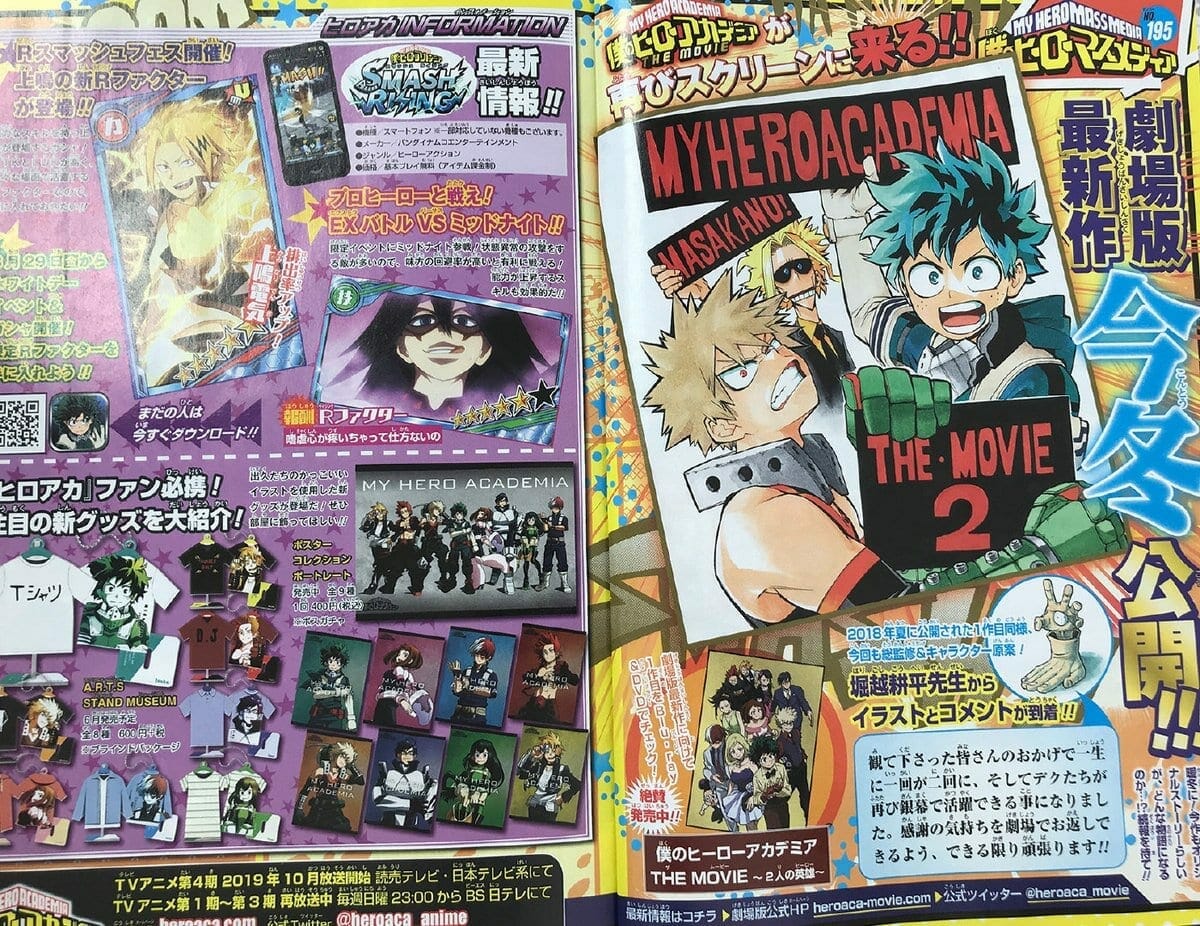 Good thing about the movie is fans will not have to wait long to watch it as the movie is planned to air in Winter of 2019. When you might think, that’s what we do not know right now but I believe we should get the details like staff, cast in some days.

Will you be adding this movie to your current watch list or would you wait? Let us know down in the comments down below. Make sure to follow us so future updates on anime, games, leaks rumors and much more.