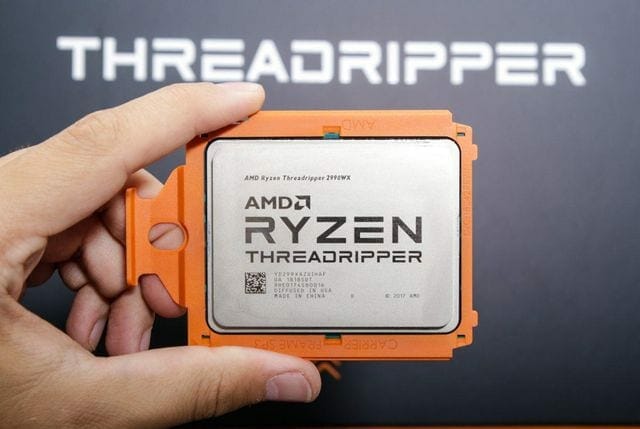 AMD recently held a press briefing for their upcoming Ryzen Threadripper 2000 processors and a lot was revealed about the processors in the said briefing, however, there are some slides which were not made public at the briefing and now we have got our hands on them. The slides go over a comparison of the Threadripper 2990WX and Intel Core i9 7980XE. Processors of various core count from AMD are also stacked against one another to show the performance increase. Let’s look into the Ryzen Threadripper 2000 Slides that were not shown at the briefing. 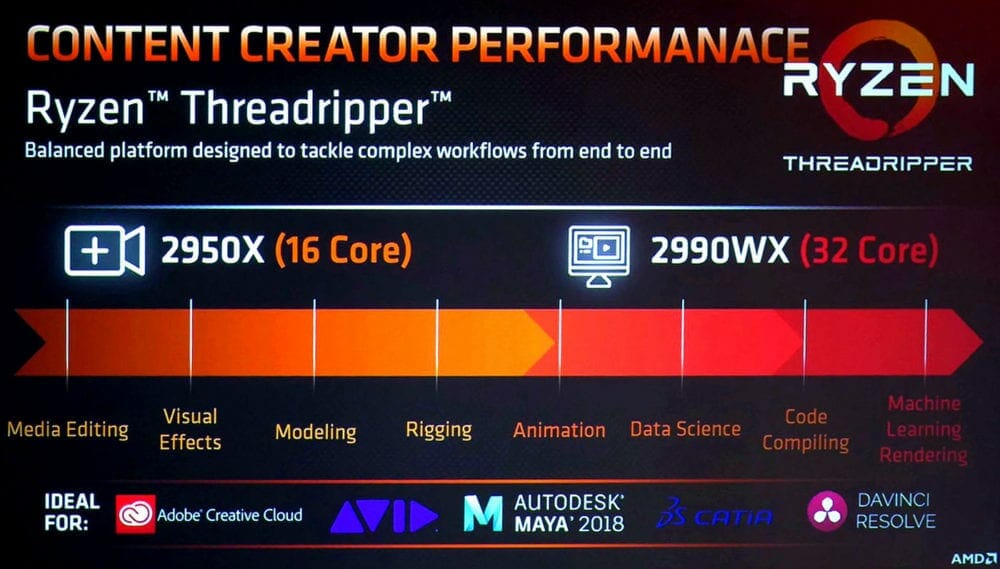 The slide above shows the difference between a 16 core 2950X and 32 Core 2990WX. The visual bar puts into perspective the sort of applications the two processors are designed for. The 2950X is more suitable for media editing while the 2990WX is geared towards machine learning rendering and code compiling among other things, all of which are core intensive tasks. 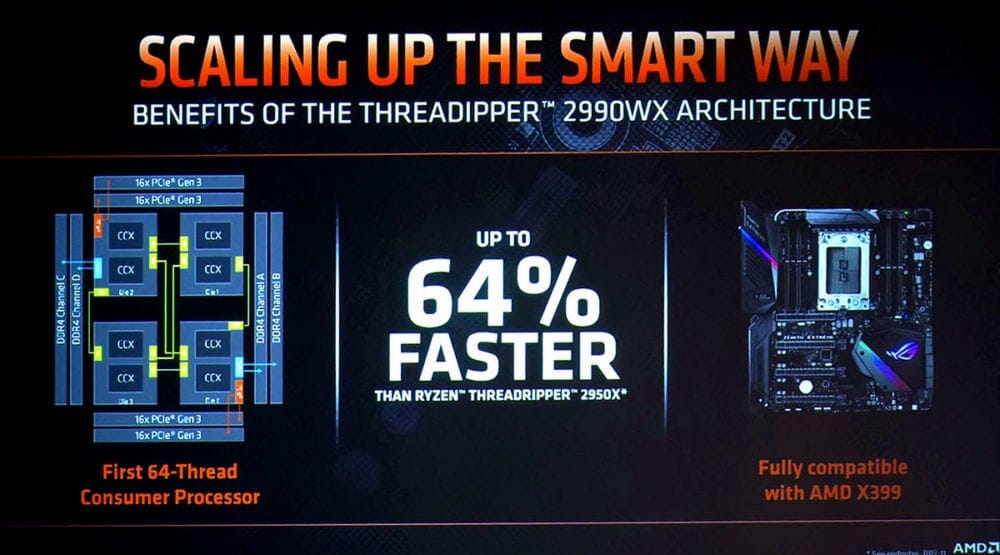 The above slide clearly says that the Threadripper 2990WX Architecture is upto 64 percent faster than the 2950X. 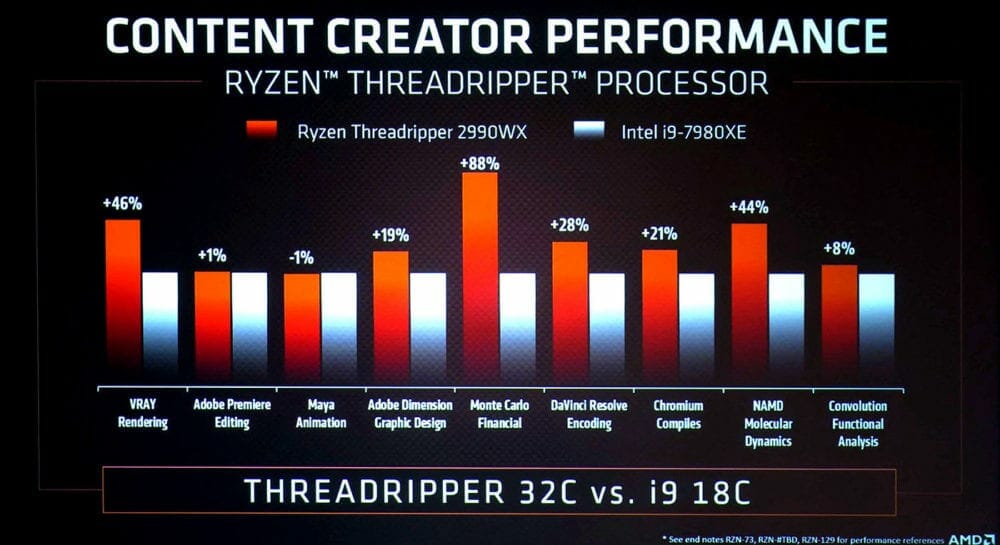 Now to the most exciting bit, among the unshown slides, there were some which compared the threadripper 2990WX to its “competition”, the Intel i9-7980XE, However, keep in mind that the Intel processor is 18 core while the 2990WX is a 32 core monstrosity. In the Ryzen Threadripper 2000 Slides, the 2990WX does significantly better in all the applications shown above. In some cases up to 88 percent faster. 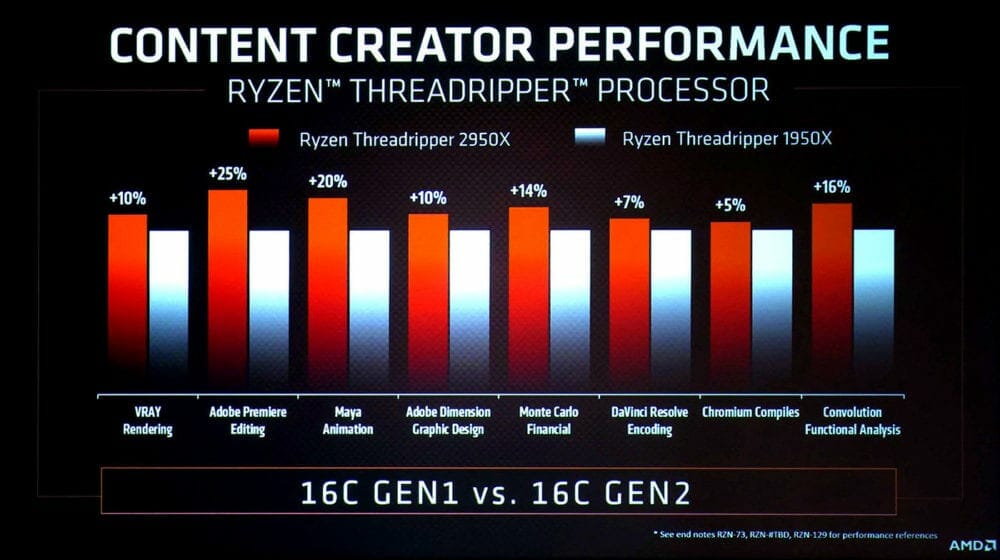 in the slide above, first and second generations of same core count processors, the 1950X and 2950X respectively, are compared and it can be seen that the Second gen, although having the same core count, does marginally better than the first gen processor. 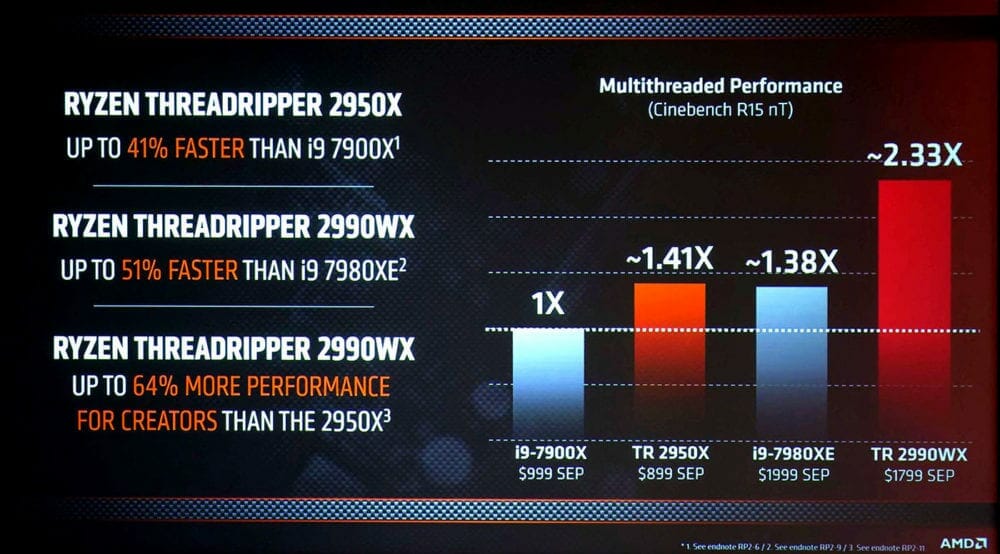 The above slide compares the multithreaded performance of 4 processors, the i9-7900X, TR 2950X, i9-7980XE and TR 2990WX respectively. In all cases the threadripper processors appear to outperform same caliber Intel processors. 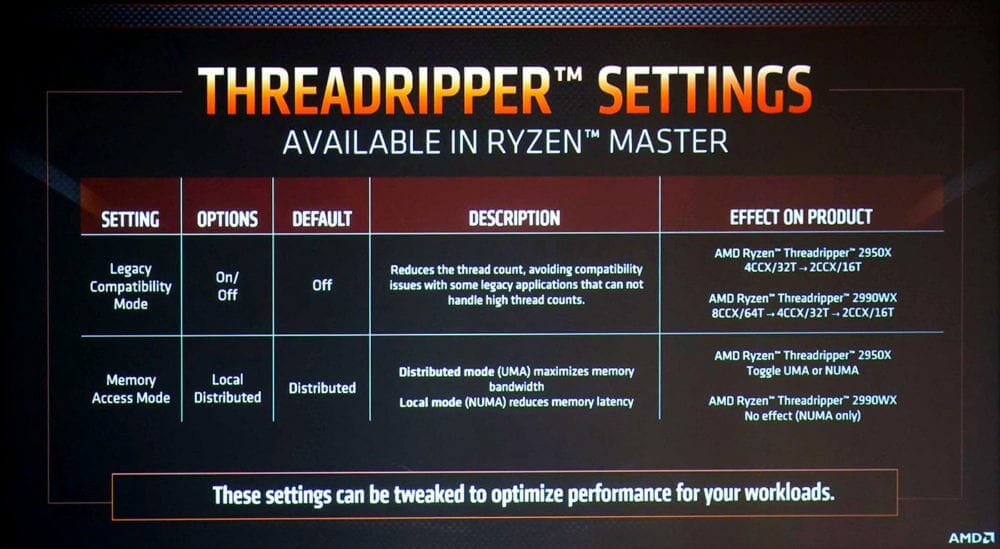 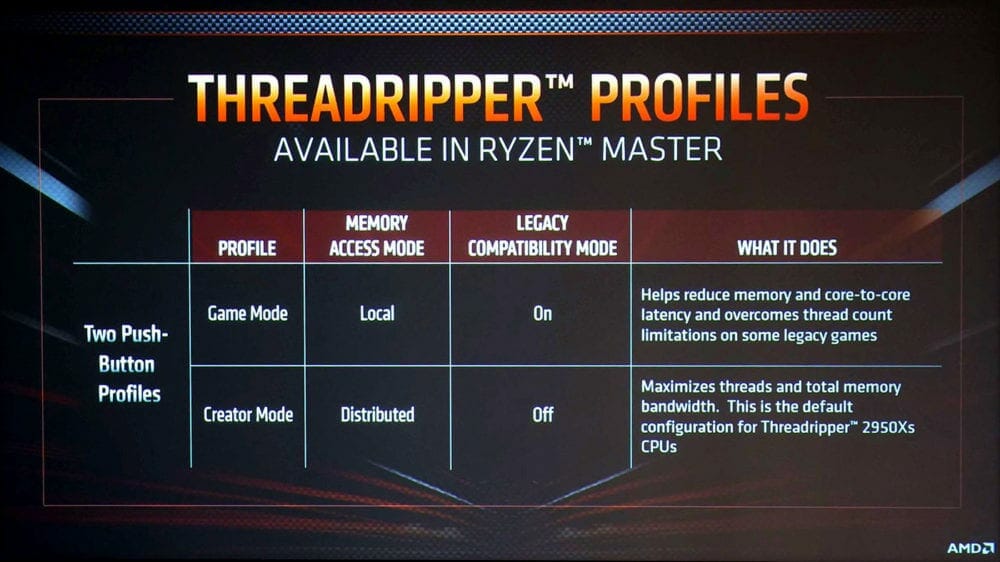 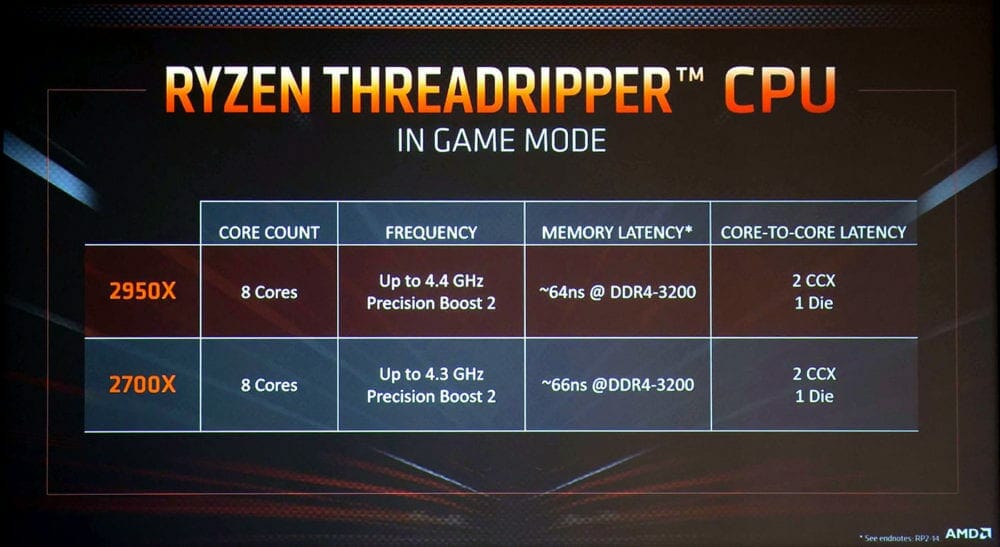 The slides above go through some settings aspect of the threadripper processors, also concerns gaming performance. 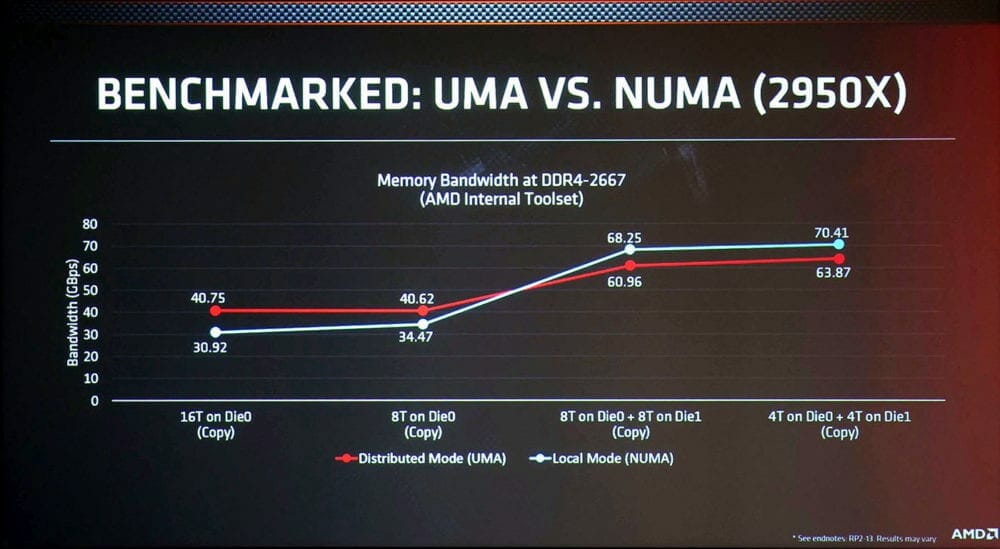 The above slide is perhaps the most important one, the slide compared UMA and NUMA and it can be clearly seen that in the second half of the graph NUMA does better than UMA. 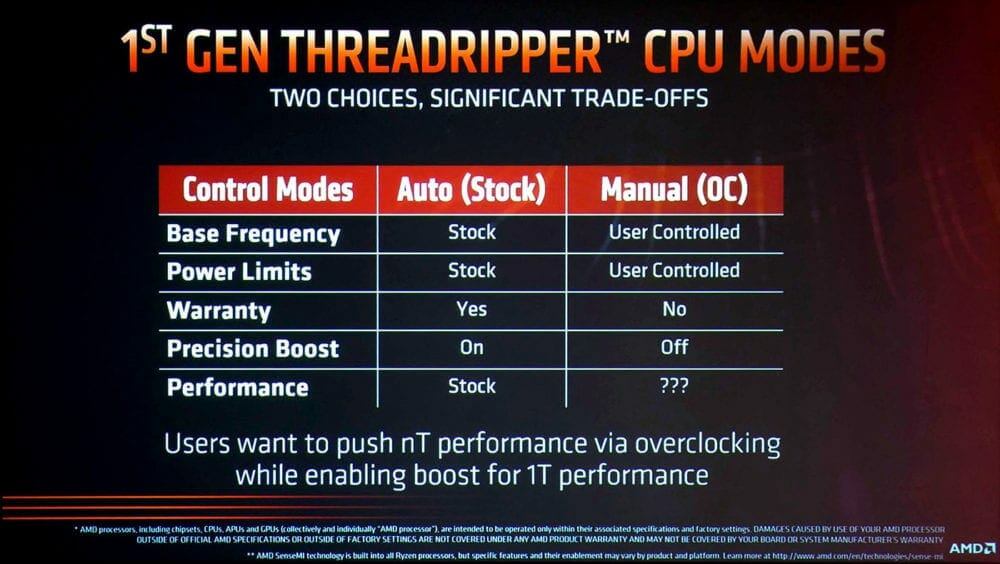 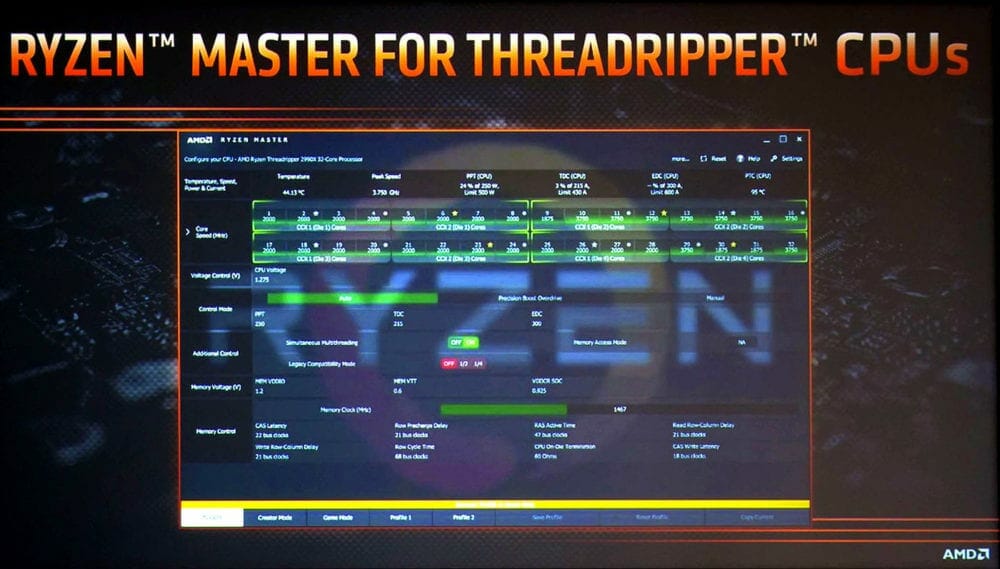 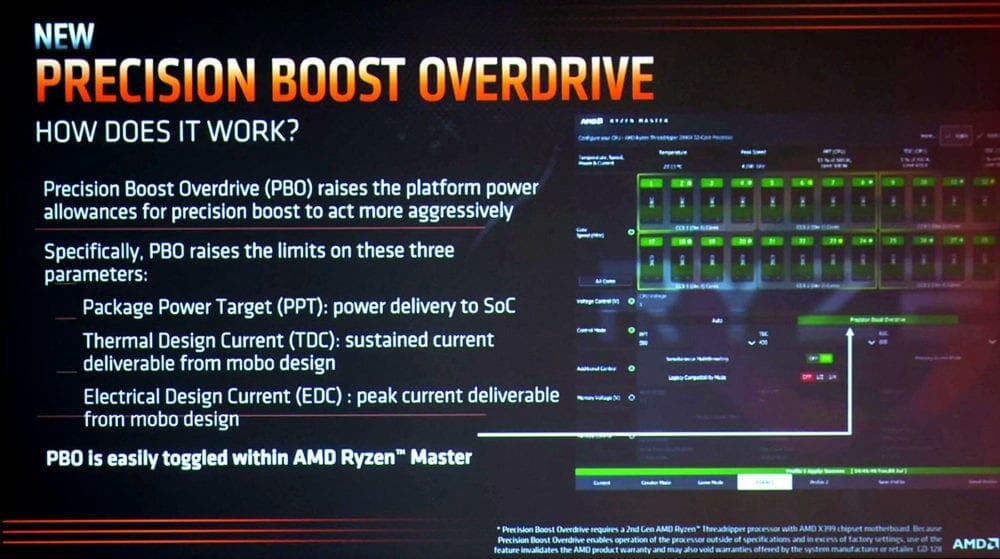 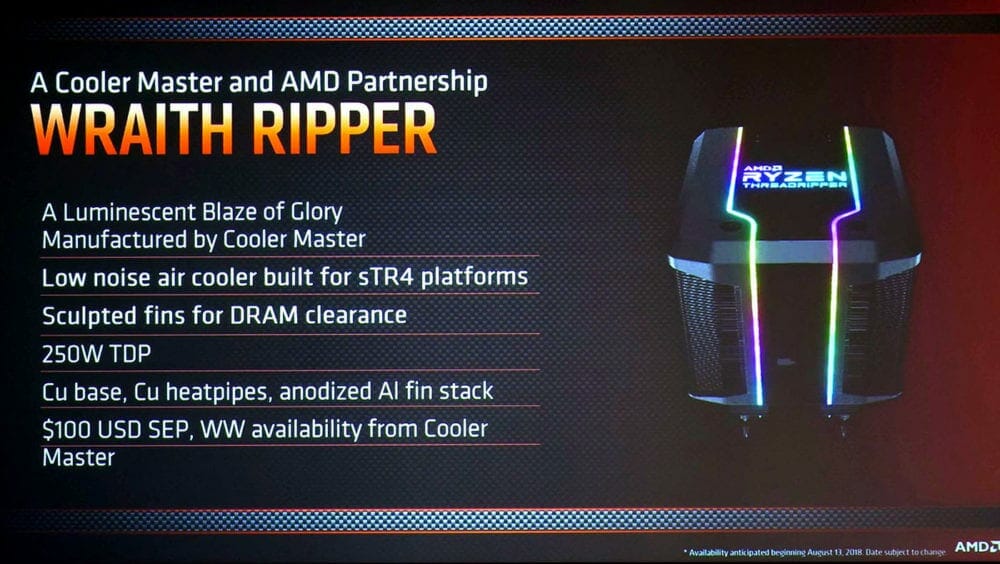 The remaining slides posted above go over some threadripper specific features like Memory Boost etc. Perhaps the important announcement here comes in the last slide in which a threadripper cooler by the name of Wraith Ripper is shown. The cooler has a nice stylish design with,of course, an RGB strip along the body of the cooler. It costs 100 USD and the listed features highlight its low noise operation.

This is all for now,make sure to check back TNM for all the latest tech and gaming news. 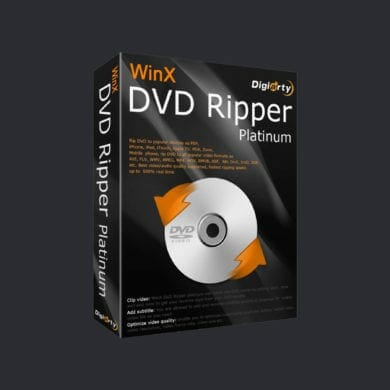