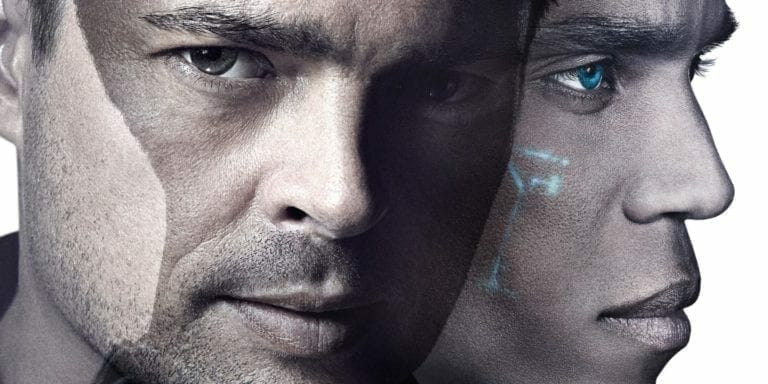 Basically Almost Human is high tech drama set 35 years in future where Cops of LAPD are partnered with android model to serve. The main idea is to use the robots to complete the task that have high risk and save human lives.

A lone survivor Detective John Kennex is partnered with an android model “Dorian” who is capable of emotion. Kennex hates android models and also blame them for the loss of his human partner during ambush by The Syndicate, a brutal crime organization. Though Kennex is forced by his officer to take Dorian.

Dorian is basically designed act like humans, process information, experience emotions and make connection. The next episode of Almost Human will aired the very next day Monday, 18th November. And will continue airing on every Mondays. However, this concept is not new. This type of concept is already shown I,Robot and Blade Runner.

One also reason to watch this show is Minka Kelly. Minka Kelly is really attractive and beautiful. As said “She’s just as cool as she is good-looking. [You think], ‘Wow, there’s gotta be something [wrong with her],’ but there isn’t. She’s really super sweet and really talented.” What’s the sexiest thing than shooting bullets at future villains? So it’s also an excitement to see Minka Kelly as Valerie.

So what do you thing about Almost Human? We are excited to see this new Series after Fringe. Also this type of review is first time happened at the TheNerdMag. Please share your thoughts with use via comments.