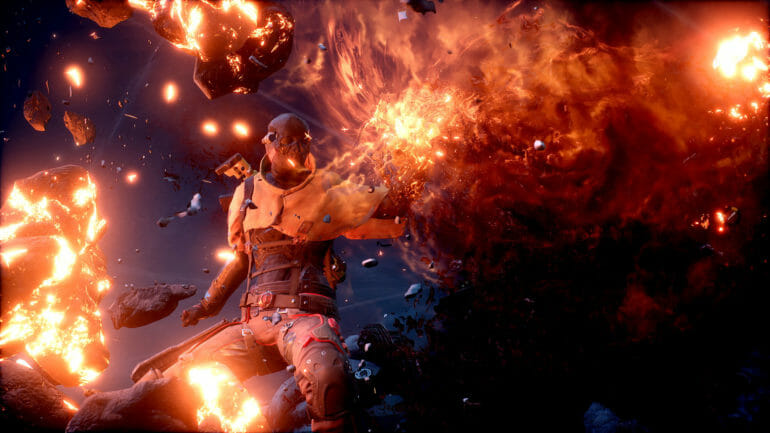 Outriders is an upcoming third-person action co-op game from People Can Fly and Square Enix. The title is coming to a variety of systems and features cross-play as well. Now that the PC features of the title have been revealed, it is confirmed that Outriders features a variety of PC essentials like Ultrawide support, customizable UI, and even DLSS support. Now, the Outriders System Requirements are available through Steam. NVIDIA’s DLSS support is really something that will allow PC players to play at higher resolutions without losing performance.

People Can Fly has confirmed that the game isn’t a live service title like various other games with similar co-op elements. There is also confirmation that the game features NVIDIA ANSEL and even Razer Chroma RBG Support. Players will be glad to know that Steam Trading Cards & Backgrounds are also part of the title. These are all the features one would expect in a modern PC title that has been supported across all the various peripherals and devices.

Now, based on these specifications, it is clear that you need a decent CPU and GPU to enjoy the game at higher settings and maintain decent framerate/resolution. Players will need 16 GB of RAM, and a total of 70 GB of disk space to install the game. A GTX 1060 with 6 GB VRAM or an RX 580 with 8 GB VRAM is recommended to reach those higher settings.

Head over to Steam to check out more, and pre-order the title if you are interested. While you are here, make sure you check out the pre-order bonus guide for the title as well.

We hope that the game manages to stand out, and provide a polished experience that players can fully enjoy without endless content. The studio has a legendary status for its iconic first-person titles, and we are hoping that they managed to deliver a solid action title.