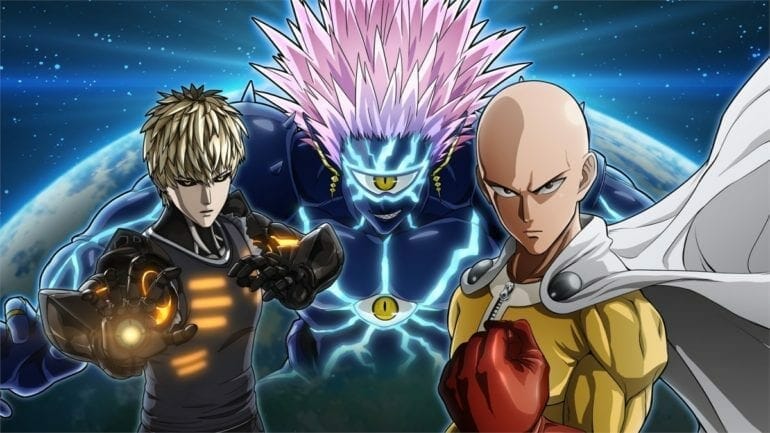 One Punch Man A Hero Nobody Knows
Home
Reviews

Review Key provided for the PS4 by Bandai Namco Entertainment

One Punch Man is a nearly self-explanatory name. If you follow the anime or the memes around it, the basic premise makes him out to be a superhero, able to defeat any foe in a single punch.

With One Punch Man: A Hero Nobody Knows, you don’t do that. Not almost immediately. The game takes its time to build there and when you do get to that point, it feels utterly rewarding.

If you are a fan of the anime or even just curious about the premise, this is one game you shouldn’t miss out on.
Contents hide
1 Story
2 Gameplay
3 Graphics and Sound
4 Overall Impression of One Punch Man: A Hero Nobody Knows

Whether you know about One Punch Man from the highly acclaimed Anime, memes or just through passively hearing about it through friends, It basically is Superman, but on steroids. In the story, you’ll find all of the usual suspects of heroes and villains along the way. Mumen Rider and Genos are recurring fighters who aid you in fights, while enemies like Deep Sea King, The Vaccine Man and other villains require an extra punch to thwart.

The story drives itself as you progress in the game, leading to a truly epic finale, which if you are a fan of the anime, should come as no surprise.

The game starts you off with customizing your hero, and as you progress in the game. For the first hour or two, it will be more or less your hero avatar and other fighters involved in the fighting of every day baddies in the missions.

The game takes place in a hub world, set in the fictional Hero City. You will have dedicated NPC’s to interact with at all corners of the city, doing a delivery or other errands for them, and going to the center of each location allows you to take on fighting missions. The more you fight, the stronger you get.

The purpose of fighting is to level up your hero class, working your way from C-Rank to S-Rank. The more you rank up, the stronger you get, but so do the enemies you go toe to toe with.

The unique mechanic with One Punch Man: A Hero Nobody Knows as a fighting game is that you don’t immediately have back up. You have to wait for it to arrive, but you can shorten the wait by pulling off a chain combo. The wait is as sped up from 30 seconds to near instant if you keep a good chain combo going.

There will be points in the story where the timer isn’t in your favor. You encounter a boss who will do devastating damage to you and your only option will be to wait for Saitama, the titular character of the anime and game. Your wait could be as little as a minute, and going up to 5 minutes (300 seconds). You can reduce the time by pulling off some quick 2-3 hit combos on the enemy as this shaves off a good 7 to 9 seconds off the clock.

Like any other fighting game, there is a parry system in place. If you time a dodge right, you can have a few frames to put in a few hits into an enemy and get a good combo, then it’s just about putting distance and repeating.

As you progress in the game, the fights get more challenging, but you also grow stronger. The game incorporates RPG elements like a leveling system, and character points to individually level up your strength, HP, and other aspects of your hero. use them wisely.

The game uses cel-shading to stay true to the anime, and its nothing to write home about, but these are still graphics that will keep you hooked on the overall aesthetic of the source material. This is run-of-the-mill for anime brawlers, so don’t worry about graphics.

Each hero and villain has some great voice work, frequently commenting during fights. It makes each encounter feel dynamic and life-like.

When you’re not experiencing the voiceover, you’re listening to the music as you navigate the hub city taking on new missions, errands, and assignments.

Overall Impression of One Punch Man: A Hero Nobody Knows

The game will either appease to fans of the anime, or to people looking to enter the world of One Punch. It has a very distinct audience. An easy to understand combat system paired with some great graphics, a good story and the appeal of waiting to use One Punch Man is truly its own selling point.

If you are a fan of anime brawlers like the Naruto games, Kill La Kill, etc. You will be right at home.

If you wish to enter the game with no knowledge of One Punch Man, its fairly easy to get immersed in the world, but it helps to understand the context of the anime first, even at a basic level.