Hello, there guys and gals you read the title right. We are finally getting Miss Kobayashi’s Dragon Maid season 2 TV anime, also known as Kobayashi-san Chi no Maid Dragon. Sadly no specific date has been announced yet but we can expect its premiere for 2019.

The anime series is based on manga series by Cool-kyou Shinja. The anime revolves around an adult named Kobayashi who is just living her life like a normal person until a dragon appears on her door who changes her life completely.

MAL describes the story as:

As Kobayashi sets off for another day at work, she opens her apartment door only to be met by an unusually frightening sight—the head of a dragon, staring at her from across the balcony. The dragon immediately transforms into a cute, busty, and energetic young girl dressed in a maid outfit, introducing herself as Tooru.

It turns out that the stoic programmer had come across the dragon the previous night on a drunken excursion to the mountains, and since the mythical beast had nowhere else to go, she had offered the creature a place to stay in her home. Thus, Tooru had arrived to cash in on the offer, ready to repay her savior’s kindness by working as her personal maidservant. Though deeply regretful of her words and hesitant to follow through on her promise, a mix of guilt and Tooru’s incredible dragon abilities convinces Kobayashi to take the girl in.

Despite being extremely efficient at her job, the maid’s unorthodox methods of housekeeping often end up horrifying Kobayashi and at times bring more trouble than help. Furthermore, the circumstances behind the dragon’s arrival on Earth seem to be much more complicated than at first glance, as Tooru bears some heavy emotions and painful memories. To top it all off, Tooru’s presence ends up attracting several other mythical beings to her new home, bringing in a host of eccentric personalities. Although Kobayashi makes her best effort to handle the crazy situation that she has found herself in, nothing has prepared her for this new life with a dragon maid.

The manga has a solid rating of 8.07 and the first season of the anime got even higher ratings than the manga with an 8.17 on MAL which is pretty impressive. The show might seem strange at first but it eventually grows on the person.  Definitely worth a watch or you can read if you’re more into manga than anime.

No information regarding season 2 has been revealed just the announcement Miss Kobayashi’s Dragon Maid season 2 is in works. We will get details in some days as usual. 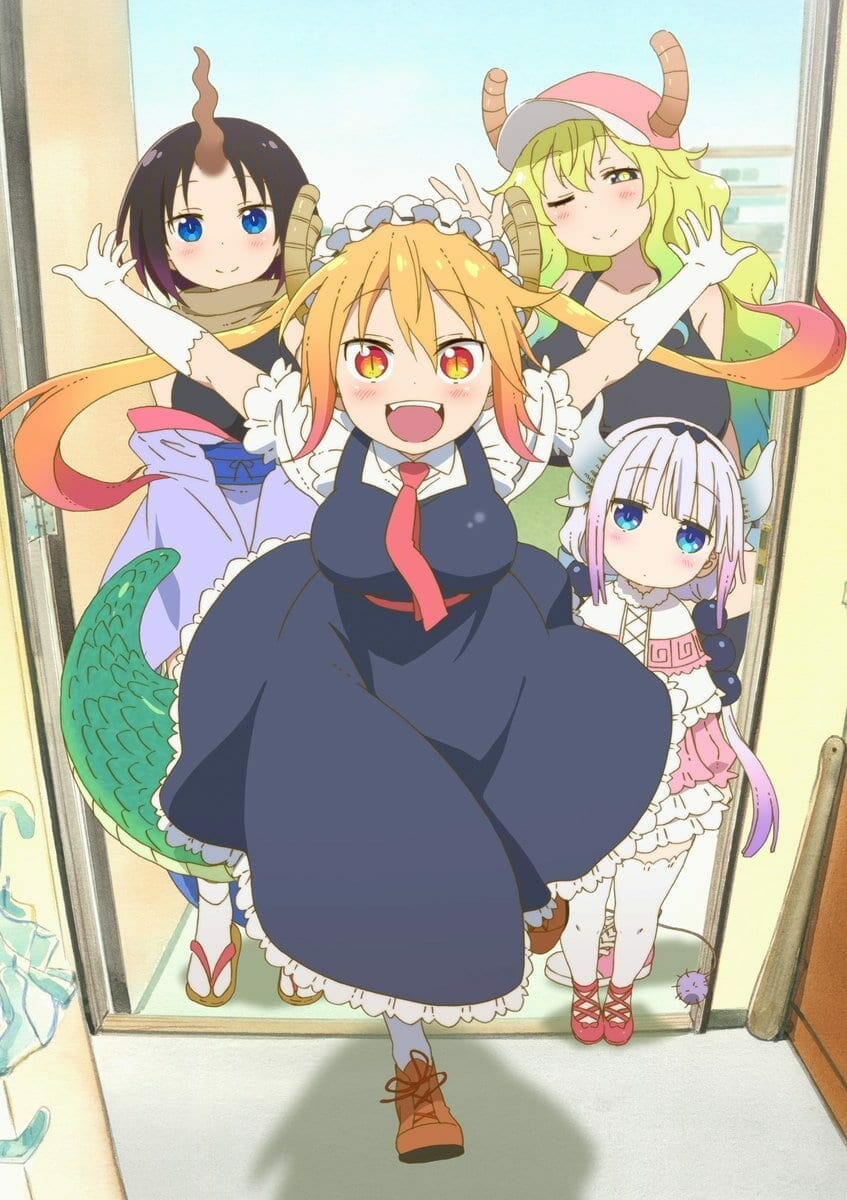 Seems like 2019 is going to be a great year as so many amazing games and anime are coming and there’s way too much to play and watch. Which anime show are you guys excited for? Let me know down in the comments.

I’ll make another article when we will get more details on season 2 so stay tuned and make sure to follow us.

There are many people who thought this news was not true. Well, the 8th volume of the manga just made the official announcement for the 2nd season which confirmed that we are getting a 2nd season after all.