Kingdom anime season 3 announced with no further details which will be released at a later date.

Kingdom is a history, drama, action manga series written and illustrated by Japanese author Yasuhisa Hara. The manga is serialized in Weekly Young Jump which is published by Shueisha. The manga is being published with the first chapter serialized on January 26, 2006. The series received two anime seasons with a third season which just announced a few moments ago at the time of writing. 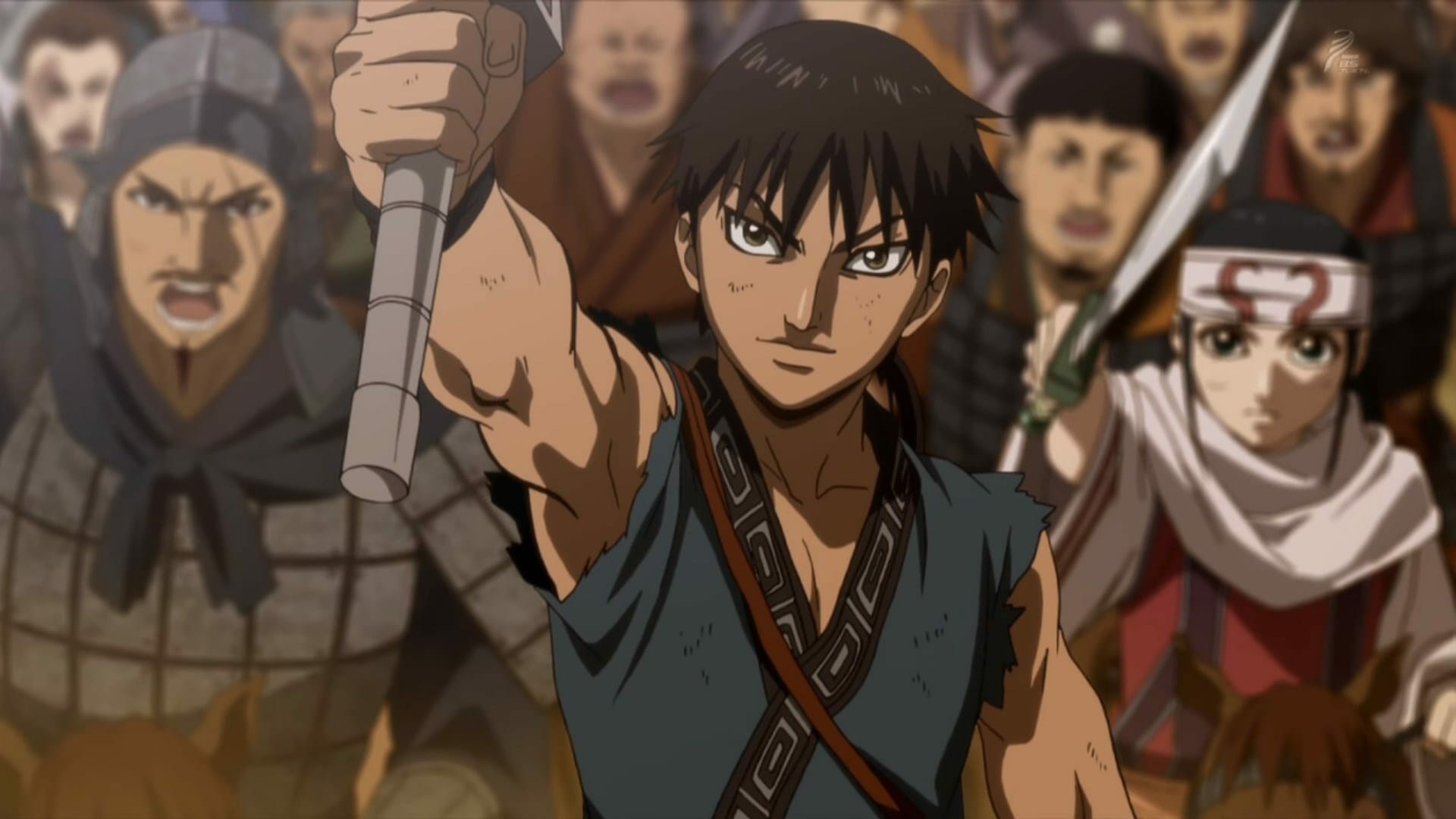 Since it’s YonkouProductions we’re talking about it’s pretty much sure that the series will be getting a third season. Moetron also confirmed it on his website.

In case you’re not familiar with the series,

During the Warring States period in China, Li Xin and Piao are two brother-like youngsters who dream of becoming Great Generals, despite their low status as orphaned slaves. One day, they encounter a man of nobility, who gives Piao an opportunity to undertake an important duty within the state of Qin’s royal palace. Parting ways, Xin and Piao promise each other to one day become the greatest generals in the world. However, after a fierce coup d’état occurs in the palace, Xin meets with a dying Piao, whose last words spur him into action and lead him to encounter the young and soon-to-be king of Qin, Ying Zheng.

Although initially on bad terms, Xin and Zheng become comrades and start on a path filled with trials and bloodshed. Zheng’s objective is to bring all the warring states under Qin, and Xin seeks to climb to the very top of the army ranks. Against a backdrop of constant tactical battle between states and great political unrest, both outside and within the palace, the two endeavor towards their monumental ambitions that will change history forever.

Kingdom is one of the very few manga series with an average user rating of 8.94 on MAL and is considered to be one of the best in the manga and anime community. Let us know what do you think about Kingdom anime season 3 announcement down in the comments section.