Apple planned to release the new version of iOS i.e. iOS 7 and iPhone 6 or iPhone 5S in the current ongoing year 2013. The new iPhone has also been appearing in the usage logs with model identifier “iPhone6,1” with a new operating system iOS 7. Same incidents also happened last with iPad mini.

Since Scott Forstall will leave Apple officially this year and Craig Federighi will replace him, so a major change is expected in the design of new OS. The previous version iOS 6 was unable to create an impact and was a disappointed effort. Meanwhile, Android has keep on releasing major updates so Apple should be considering these factors and a major modification or a update is expected in the new iOS 7.

Talking about iPhone 6, the new model is expected to be thinner and lighter than the previous iPhone 5. It is expected that the new iPhone 6 or iPhone 5S may come with a large display like of some of hTC smartphones.  Reports says that Apple is maybe looking to introduce a 4.8 inch Retina+ IGZO screen made by Sharp which will made the display more thin and bright along with better HD resolutions. The new iPhone 6 may come in a variety of colors and designs.  There are also rumors that Apple may launch a cheaper iPhone. This may have plastic or hybrid back like iPhone 3gs. 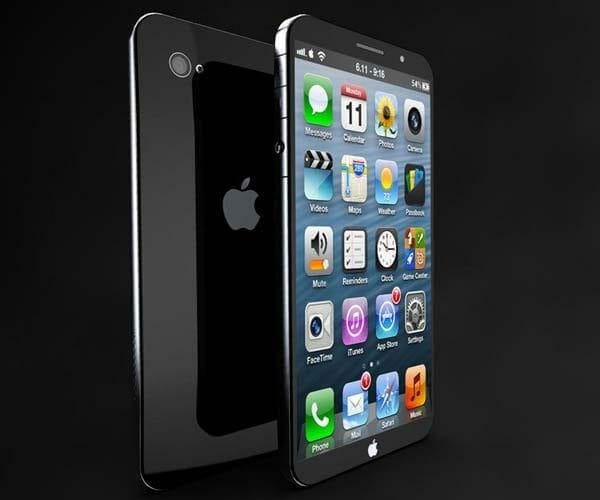 Judging what Apple will do with the processor is harder, but we’d expect an updated model in the iPhone 6. Currently the iPhone 5 has a dual-core Apple A6 processor, but a quad-core Apple A7, using ARM Cortex A15-based cores, sounds plausible to us. The new iPhone 6 is hoped to be loaded with the new iOS 7 as Apple plan to release both in the same year.

As iOS 7 is concerned, people have really high hopes with it. iOS 6 was just improvement not a major change which also disappointed many of us. Looking at Android we can easily say its right time for Apple to make some sexy looking iOS. Widgets are also possible but the main thing is that most of us wants those jailbreak tweaks for which we jailbreak. Us Apple should now full fill our wish list. Click on the below short too see larger.

The new iOS 7 and iPhon6 is to release in the mid of current year with the price expected to be much more competitive i.e. cheap in order to face the challenges of other rival firms. There are design mock ups available on net of iPhone 6 and iOS 7. iPhone 5 mockup was also available at the time of release which showed a glimpse of iPhone 5.