Funimation summer 2019 TV anime list and the release dates of shows have been revealed by the popular streaming service.

Funimation today has released the list of anime shows which will be streamed on the website for summer 2019. The list includes popular upcoming shows as well as returning shows like One Piece, Black Clover and many other shows. In simple words, the list is full of action and will not disappoint the anime fans who like to watch their favorite shows on Funimation. For more details keep reading. 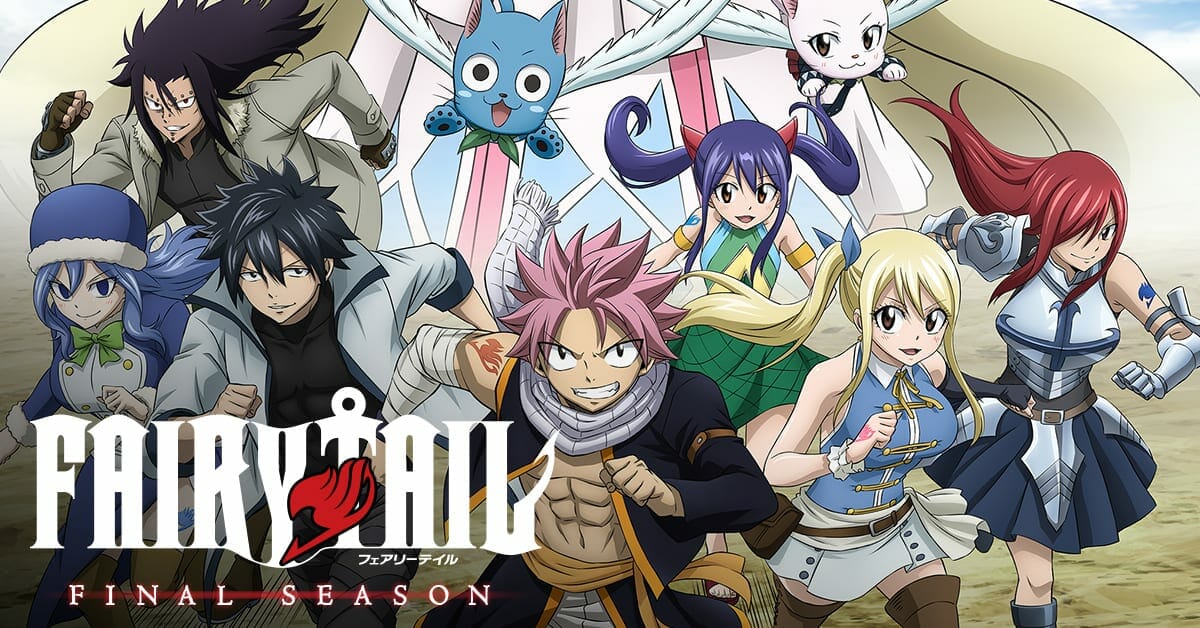 Funimation has announced a list today and said more will be coming to the service in a couple of weeks. The list includes new shows as well as shows continuing from the spring 2019 season. Without further ado here is the list of what Funimation has so far:

Tokyo is burning, and citizens are mysteriously suffering from spontaneous human combustion throughout the city! Responsible for snuffing out this inferno is the Fire Force, and Shinra is ready to join their fight. Now, as part of Company 8, he’ll use his devil’s footprints to help keep the city from turning to ash! But his past and a burning secret behind the scenes could set everything ablaze.

Hensuki: Are you willing to fall in love with a pervert, as long as she’s a cutie?

Once upon a time, Cinderella left her panties in a boy’s locker…wait, what?! Keiki Kiryu receives a mysterious love letter, that has no name, but includes a pair of white undies. Curious to find this panty-leaving-Cinderella, his investigation leads him to discover that every candidate is…a total pervert! Surrounded by perversion he still has one important question to answer: who’s the perfect fit?

How heavy are the dumbbells you lift?

Hibiki Sakura’s love for food is starting to affect her size. In effort to slim down, she scopes out her local gym only to discover two problems—it’s a haven for intimidating body builders, and her classmate Akemi has a weirdly aggressive muscle obsession. After meeting her handsome personal trainer, Machio, Hibiki bites the bullet and starts her quest for a hot bod!

Akatsuki Iride is a popular live streamer for the free-to-play game “The Ones Within-Genome”. But what was once fantasy quickly becomes his and 7 others’ reality when they’re transported to the game world against their will. View count matters more than ever before as millions watch them try to complete various high-risk challenges. Only the best will survive in this land that’s always live!

Simulcast Saturdays at 11:00am CT

Bloodthirsty demons lurk in the woods, and nobody dares to venture out at night, save for the demon slayer of legend. Surviving in this harsh world, young Tanjirou takes it upon himself to protect his family–until the day that everything is taken from him in a vicious slaughter. Now, all he has left is his sister, and she’s not even human anymore.

Asta and Yuno are two orphans who want the same thing: to become the Wizard King. Locked in a friendly rivalry, they work hard towards their goal. While Yuno excels at magic, Asta has a problem uncommon in this world: he has no powers! But, on the day they receive their grimoires, they surprise everyone. To reach their goal, they’ll each find their own path to greatness—with or without magic.

Natsu, Lucy, and Happy return in the final season of Fairy Tail! They’ve faced some seriously tough challenges but there’s still more to do. Between reforming Fairy Tail and looking for their missing guild master, Makarov, they’ll also have to face the enemy kingdom of Alvarez. Up against new wizards and formidable new powers, are they ready for their greatest adventure yet?

YU-NO: A Girl Who Chants Love at the Bound of This World

During the summer, Takuya Arima receives a package—from his missing father—detailing the existence of parallel universes. He investigates further and soon realizes that he’s been given the key to cross-dimensional time travel. Now, Takuya is forced to use this newfound tech to unravel the mystery of his father’s whereabouts and find out why those closest to him are keeping secrets.

Nariyuki Yuiga needs a special scholarship, but he has to tutor three genius girls to get it! One is a literature virtuoso, but her skills in science are lacking. Another excels in math, but the arts are in her heart. The last one’s athletic prowess is unmatched, but she struggles with everything else. With university application deadlines on the way, can Nariyuki teach the unteachable in time?

Simulcast and SimulDub
Saturdays at 6:00am CT

A new generation steps up to the plate in a moving sequel to the 1985 baseball manga, Touch. Stepbrothers Touma and Suichirou are ace players on Meisei High School’s baseball team, and thanks to them, the team may finally have a chance at returning to nationals. But little by little, a tragic legacy unfolds as the stepbrothers follow in their fathers’ footsteps.

Monkey D. Luffy refuses to let anyone or anything stand in the way of his quest to become king of all pirates. With a course charted for the treacherous waters of the Grand Line, this is one captain who’ll never drop anchor until he’s claimed the greatest treasure on Earth—the Legendary One Piece!

So, what do you think about this Funimation summer 2019 TV anime list? Which show do you think should be added in the list, let us know about them in the comments down below.