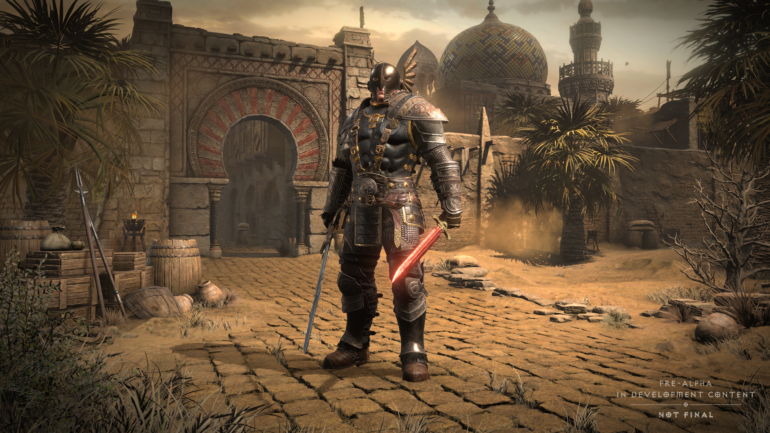 Blizzcon 2021 is officially underway, and there have been a bunch of updates on previously announced games, as well as some surprises. One of the biggest announcements so far is Diablo 2 Resurrected. This is a remaster of the classic action RPG title that came out in 2000, and after 20 years, it is getting the re-release it deserves. It features modern graphical settings, quality of life improvements, and cross-progression. Now, the Diablo 2 Resurrected System Requirements are officially here.

The remaster isn’t just coming to PC, but consoles as well. The developers have confirmed that it is coming to PS4, PS5, Xbox One, Xbox Series X|S, and the Nintendo Switch. Players can also switch between the visual style of the original, and the new remaster with a button. It’s an incredible feature, especially for players that want to experience the older game on modern resolutions, and support.

To play the game on PC, you need the following specificaitons

Given how this is a remaster, and not a remake or sequel, Diablo 2 Resurrected isn’t too demanding. For starters, to play the game at 1080p, you need a fairly powerful CPU like the Ryzen 5 2600. Similarly, you need 16 GB of RAM to get a smooth experience. The game will take up a total of 30 GB as well.

Players will need something like a GTX 1060, or RX 5500 XT to play the game at 1080p, at high settings. It is safe to assume that to get a smoother experience at 4K, players might need an even better GPU. There is no mention of Windows 7, and only Windows 10 has been listed. The developers have confirmed that players can switch between the classic graphical style and the new one on the fly. It will be interesting to see if this change has any impact on performance.

What do you think about the requirements? Are you excited to try out the game? Let us know in the comments below and share your thoughts.