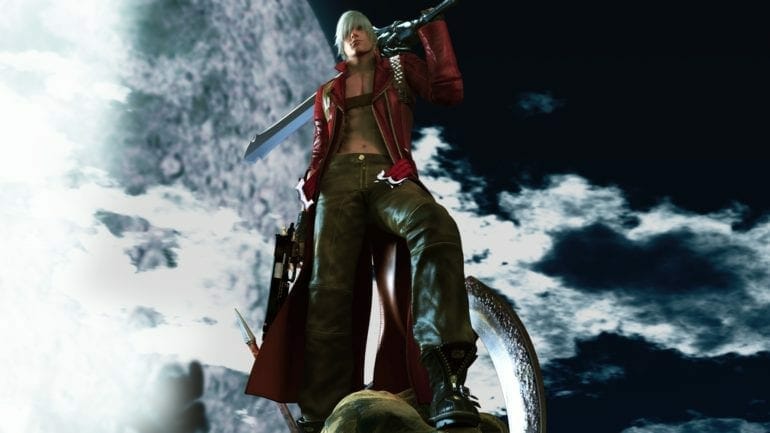 Devil May Cry 3 is officially 15 years old, and despite that, it still holds up exceptionally well. The game has been re-released on a variety of platforms over the years, but the Nintendo Switch version is quite possibly our favorite one yet.

Not only does the Switch Version retain everything that made the original game special, but it adds a few unique things of its own to create an even better experience.

The major highlight of this release for Devil May Cry 3 should be the freestyle combat system. Right off the bat, you are given all of Dante’s signature combat styles exclusive to this game: Swordmaster, Trickster, Gunslinger, and Royal Guard. These fighting styles would have been unlocked as you played through the game, but with them being available right off the bat makes for more versatile combat right from the beginning.

You still have to play through the game to unlock all the other weapons in the game to complement the new styles. While it would have been nice to have all the weapons unlocked right off the bat, it will be a new trip down memory lane for fans of the series.

Another great feature is co-op bloody palace. Each player takes 1 Joy-Con controller to control Dante and Virgil through the game’s rigorous Bloody Palace mode, the game’s unique horde mode. Admittedly, this is a mode you are better off playing on a bigger screen over a tabletop. You might not get the HD polish that the home consoles offer, but all of that is barely visible when you are doing intense combat with 60 frames in the mode.

The Devil May Cry series has been released on every platform with most variations favoring an HD upscale if you are a fan of the series and are looking to try a truly unique version of the game, this is the one you should be gunning for. Where you won’t get the visual upgrade you’re looking for, however, you’re getting a first of its kind combat system, paired with a dedicated co-op mode.

Overall, the game is still the stellar masterpiece you fondly remember. The newer combat system will make for a lot of unique combo videos and the co-op bloody palace mode will make the game fun for people who have a friend or sibling eager to try the horde-mode together.

These 2 additions alone make the gameplay feel new and fresh for first-time players or die-hard fans of the series.

In both departments, the game is more or less true to its roots. It is still the same old PS2 port you know and love, including the pre-rendered cutscenes.

Whether you’re playing handheld or docked, the game will give you a steady and smooth 60FPS. Even playing the co-op bloody palace mode with a lot of enemies on the screen and combat galore failed to drop the FPS.

While you won’t be getting the 1080p/4K 60FPS treatment you would from the current or previous generation versions of the game on consoles or PC, you get a decent resolution and framerate that’s steady as a rock. For a game that is now 2 generations old, the only thing that can improve the graphics at this point would be a full remake, otherwise, you’re getting boilerplate graphics here.

In the audio department, you can expect the same soundtrack, voice actors, & song and dance you’re well familiar to. The audio has been enhanced to meet modern standards, but there is really nothing new to be found here either.

Devil May Cry 3 is chronologically the first game in the series and follows Dante as the central protagonist. The game starts off with Dante in his unnamed shop where he receives an invitation from his brother Vergil, in the guise of a demonic attack. A tower erupts in the city, and it’s up to Dante to investigate this and ultimately confront his brother, Vergil.

The game’s simplistic plot is strengthened by its wide variety of memorable characters, and bosses Dante faces throughout the game. His relationship with his brother has become an iconic rivalry in gaming history, and you get to face him multiple times in various locations.

There are plenty of hilarious moments throughout the entirety of the game, and Dante’s devil may care attitude is definitely the highlight of the writing. While the story isn’t profound in any way, it’s still memorable.

I can’t stress this enough; the game is meant for only 2 kinds of people: newcomers to the world of the original Devil May Cry series experiencing it for the first time on the Nintendo Switch and hardcore fans of the series eager to try out co-op bloody palace and the freestyle combo system.

If you have already played this installment on the current generation or previous generation console, you are all set. Only buy this game if you want to try out the features stated prior.

There isn’t much room for improvement when all you are doing is re-releasing the same game with just polished bells and whistles.