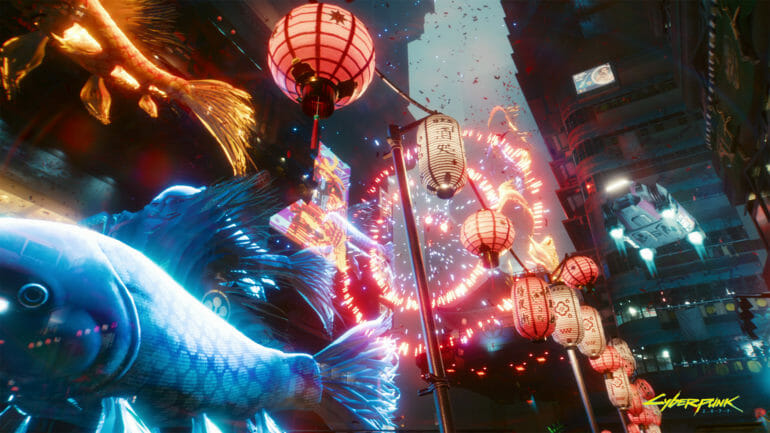 CD Projekt Red has finally released Cyberpunk 2077 on all platforms including PC, Xbox One, PS4, and Stadia. The game also runs on next-generation consoles using backward computability and features higher framerates and resolutions. Now to celebrate the launch, check out the emotional Cyberpunk 2077 launch trailer featuring V and the cast of characters we meet in our time at Night City.

Unlike the previous fairly bombastic trailers, this focuses on the world-building. It aslo gives us a more detailed look into V, who is the protagonist of the game. The developers are also committed to releasing updates and patches to improve the quality of game and fix any bugs or technical problems.

V is the player character in the game and can be customized to a very high degree. There are multiple choices that V will have to make throughout the game, and there are multiple endings as well. The rich world is based on the works of Mike Pondsmith, and tabletop games. He was involved in development as well and overlooked various world-building aspects.

For now, we are all diving deep into the world created by the developers, and hopefully, spend a good amount of time in it. Bandai Namco Entertainment has published the game in many regions, and their partnership with CDPR is fairly old at this point now.

Next-generation versions of the game are also planned for sometime next year. Anyone that owns current-gen copies on either PS4 or Xbox One will be updated to those for free should they choose to play on PS5 or Xbox Series X|S. The PC version features Ray-tracing with supported NVIDIA cards, as well as DLSS 2.0.

Are you playing Cyberpunk 2077 right now? Let us know your experience in the comments below and share your thoughts.