If you are a PC gamer and have been curious about Assassins Creed Origins PC Settings, then you will be glad to know that there are bells and whistles aplenty!

The game is definitely running on the same engine used by Ubisoft for 2015’s Assassins Creed Syndicate, but the game itself looks vastly superior to Victorian London. We have seen through the constant series of leaked clips, screenshots, and other media that the game is anything but constrained when it comes to delivering on the promise of a massive open world for players to explore and travel!

Assassins Creed Origins lives up to its name by putting us in point in the series history where we see the creation of the Order of the Assassins, and how the mighty enmity between Templar and Assassins came to be.

You will assume the role of Bayek, a scout who is turning against his tyrannical Pharoh. You will meet many iconic historical characters such as Cleopatra and Julius Ceaser on this journey of liberation, as the duo work in a joint alliance to overthrow the Pharoh. It is with Bayeks help that the coup will come to pass.

As we mentioned in earlier posts, YouTube walkthroughs are already being made, some PC gamer has gotten their hands on the PC version of the game and has revealed all the settings for the game. 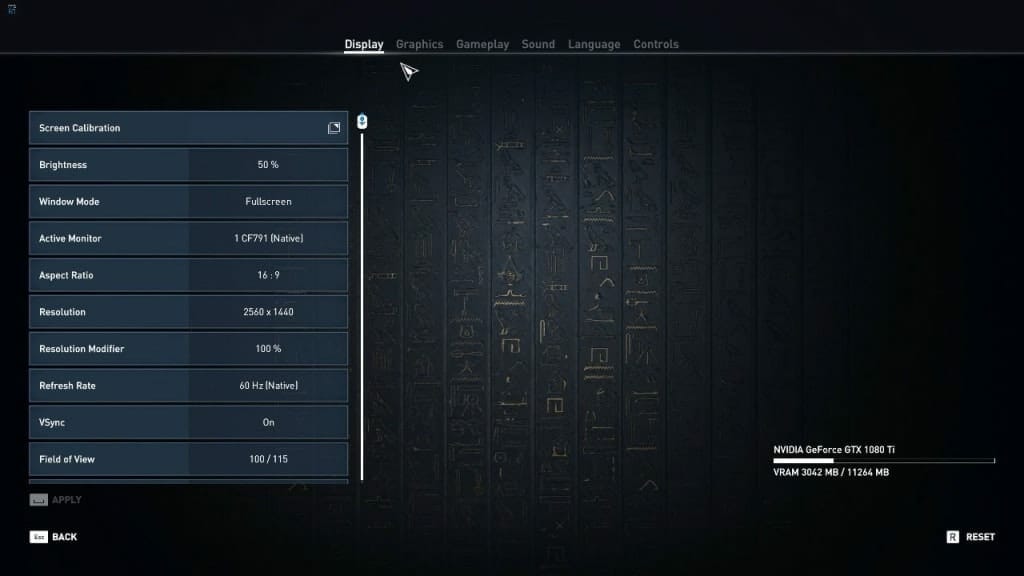 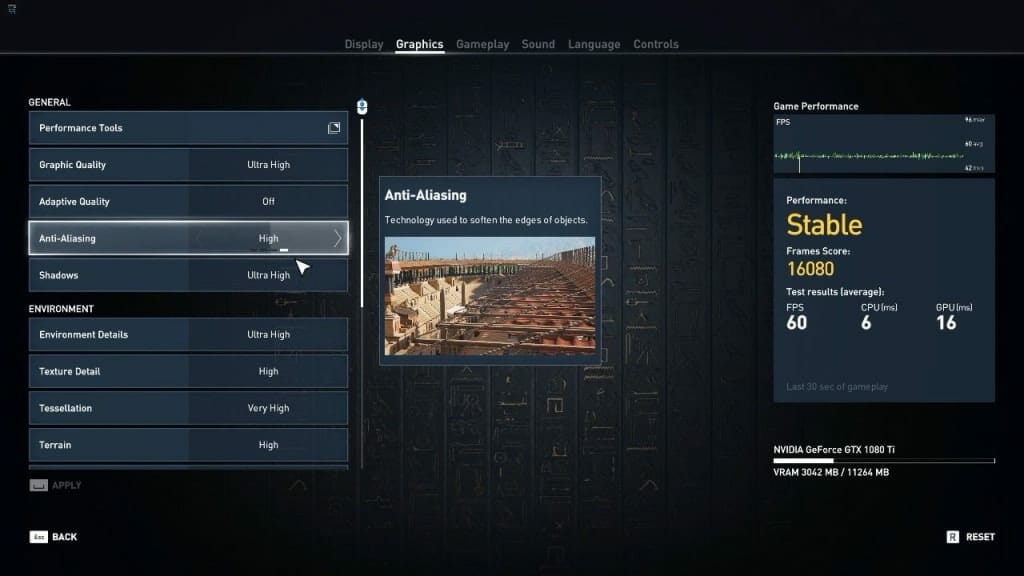 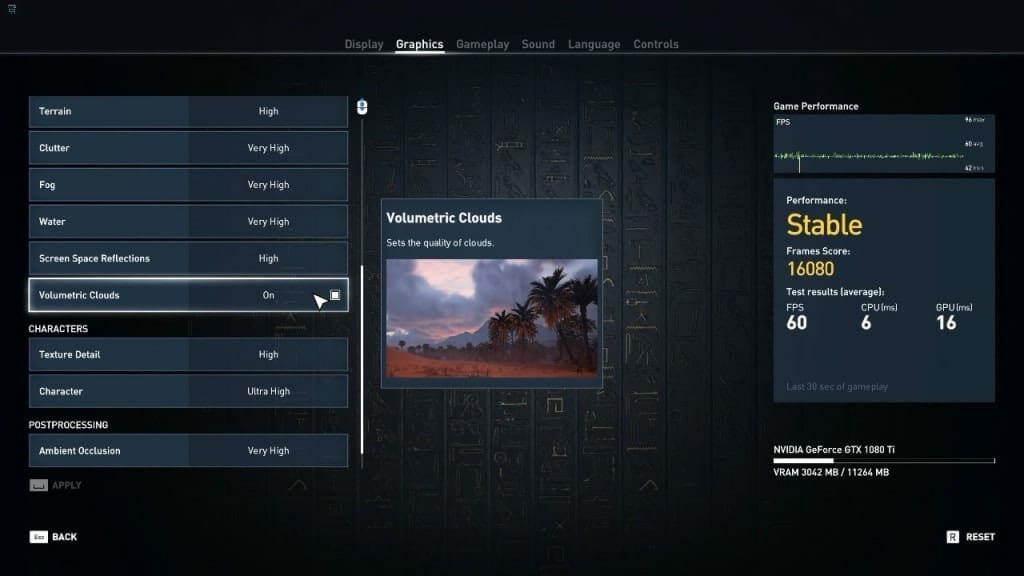 The game did indeed promise some brave system requirements, putting it parallel to its 2015 predecessor, while still offering a good selection of options for PC players to help shape their game. If you were worried about playing a console port then you can put your worries to rest!

The game is reportedly very well optimized and offers some smooth performance on the PC with no issues currently present.

The game appears to have its own internal benchmark to help assess the level of quality that ones PC can handle, which is another nice touch for the developers to include for PC players.

You can see that Ubisoft has given players plenty of control over what they can see on their screen along with a number of options for customizing the gaming experience. The settings options have room for tinkering with Tessellation, Terrain, Texture and Environment detail.

Along with these details, you can control reflections, volumetric clouds, fog, clutter, and much more!

The star of the show would have to be the FOV slider which is always a welcome addition to any game! As systems that can handle it will be able to see more of the world on the same screen, but keep in mind that larger FOV’s can often impact performance, so this is one feature you will have to do some trial and error with before you find just the right setting for your PC.

It is indeed admirable of Ubisoft Montreal to put this much dedication towards customization options when it comes to the graphics department and shows that this just isn’t a lazy rushed port that is made for PC gamers as a rush job.

If you are curious about the current system requirements of the game, you can visit our earlier post on it by going here.

The game is set to launch on October 27th across the globe, with PC preloads available as of yesterday. Reports suggest that the game is a mere 37 GB on the PC which is an admirable amount considering the current standard of games currently in the gaming world.

With all this information about Assassins Creed Origins being presented to us, we would love to know your thoughts on the game and whether you’re as excited for it as we are? Let us know in the comments section below!