A new key visual and promotional video for The Disastrous Life of Saiki K. Restart Arc anime has been released. The anticipated anime will be 6 episodes long.

The Disastrous Life of Saiki K. or Saiki Kusuo no Ψ-nan is a popular gag manga written and illustrated by Shūichi Asō. The manga serialized in Weekly Shonen Jump published by Shueisha from May 14, 2012, to Jul 26, 2018. The anime adaptation of the manga aired from July 4, 2016, to December 26, 2016, and was very well received by the anime community. The series also followed by a sequel and a live-action movie directed by Yuichi Fukuda was also released. A new key visual for the upcoming Restart Arc of the manga is available and it will be 6 episodes long.

The anime will be distributed by the popular streaming service Netflix worldwide. Netflix has been working really hard to increase their anime catalog. Disastrous Life of Saiki K. Restart Arc is the sequel to the second season and it will start airing from December 2019. Check out the new PV and Key Visual down below 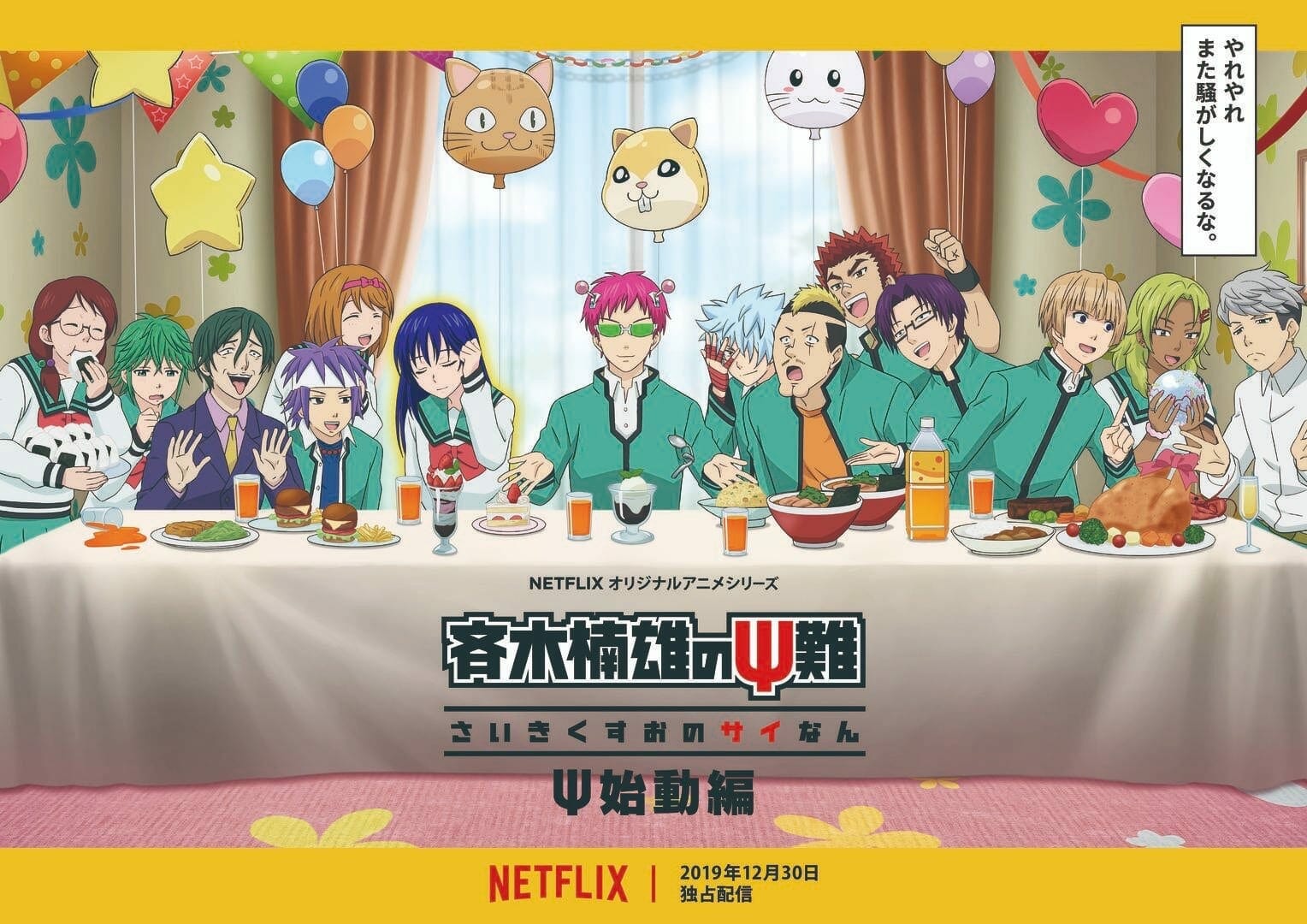 This is absolutely brilliant and hilarious totally fitting the show as it represents The Last Supper painting by Leonardo DaVinci.

By the looks of this PV, it looks like the story will have two new characters and have to say this show has some of the best characters I’ve seen in any anime.

About The Disastrous Life of Saiki K

If you have not seen this anime do yourself a favor and watch and rest assured you will not get bored from a single moment in this anime. Here’s a brief synopsis to get you interested:

Kusuo Saiki is not your typical high schooler—behind his glasses, pink hair, and antenna-like appendages exists a being of unfathomable psychic power. Telekinesis, teleportation, and astral projection might sound exciting to the average person, but from Saiki’s viewpoint, they are nothing but an annoyance. Psychic powers are unnecessary—this is all that Saiki has believed since he was a kid.

As a secret esper with the sole dream of living an ordinary life, Saiki tries to use his psychic abilities to stay out of the public’s gaze. However, having to clean up after his odd classmates and their antics, all the while keeping his psychic powers a secret, makes it rather difficult to achieve the peaceful life he desires.

The anime will have its broadcast premiere on December 30, 2019, via Netflix. Are you looking forward to The Disastrous Life of Saiki K. Restart Arc?